What is the awesomeness of “Rakuten Fitness club & Spa”?

The entrance of Rakuten Fitness club & Spa is like this. 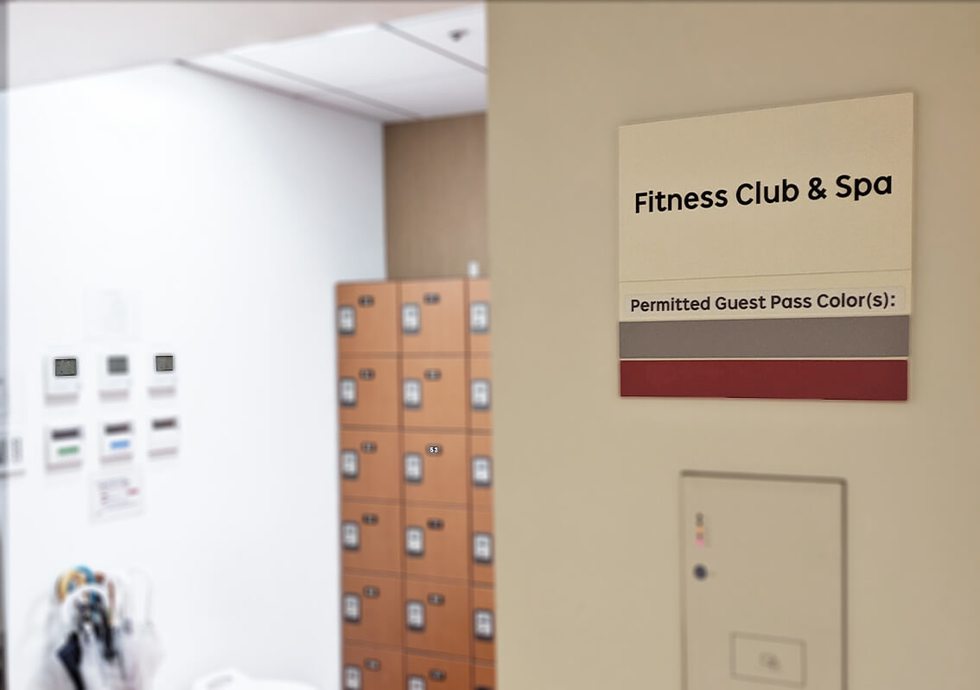 They open on Saturdays and Sundays as well as weekdays.

Moreover, if you have become a “Rakuten Platinum membership”, you can also use their training wears, training shoes, towels, and lockers. It means, you can stop by the gym empty-handed when you want to!! 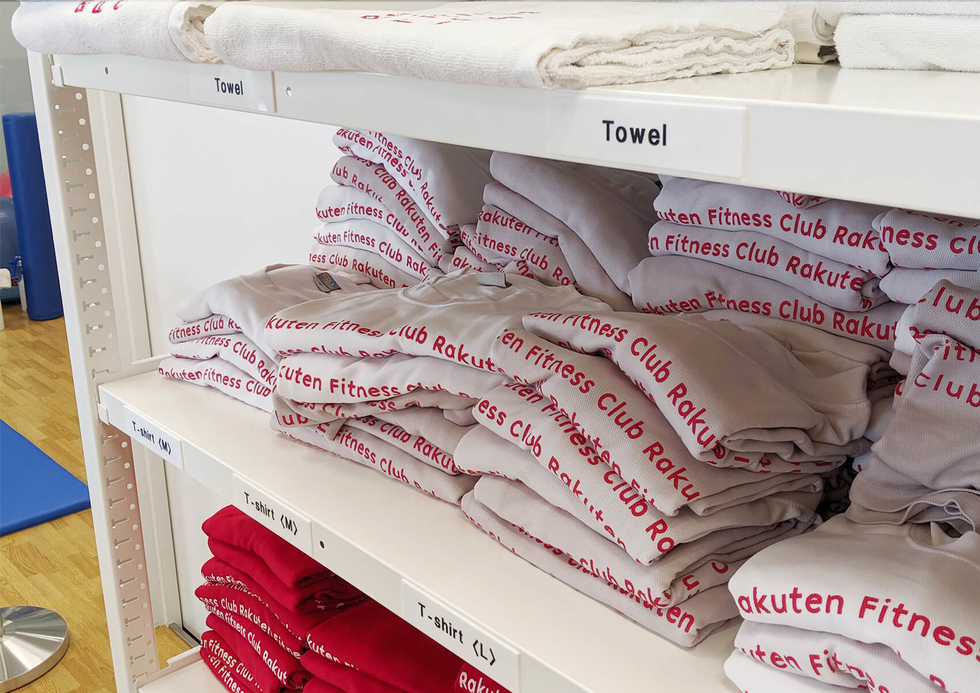 That’s really convenience because you don't need to bring your sports wears to your work place.
That a great assortment of shoes, aren’t they? 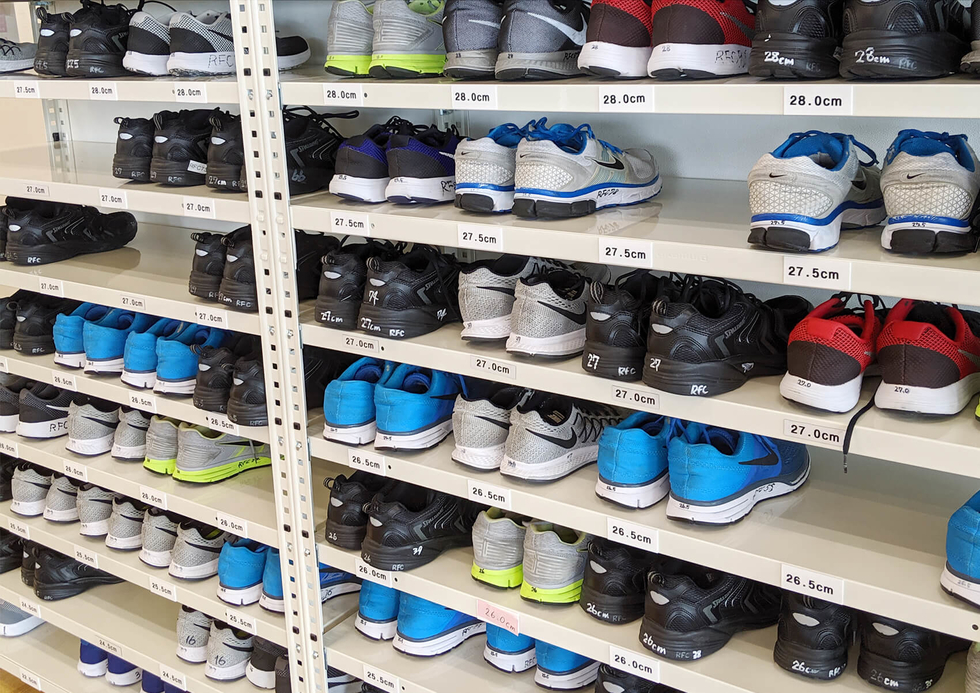 Some of the employees refresh themselves and go back to their work, build up their body during their lunch break. People who have various purposes use this gym and enjoy exercise every day. Of course, they have shower rooms, a sauna, and a bathtub, so you can take a bath after fitness, too. They have a large selection in the company.

Why did Eba-san join the “Rakuten Fitness club & Spa”? 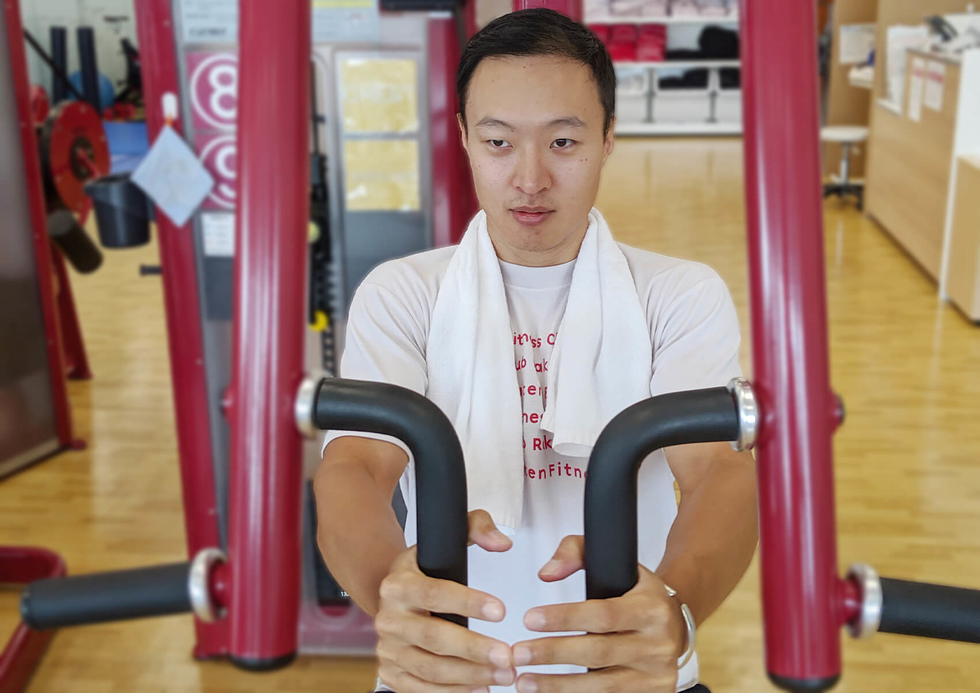 Eba-san joined Rakuten as a new graduate in 2014 and now has been working diligently as an assistant manager of a development team of “Rakuten Horse Racing”.

The reason he joined there was the result of his medical check-up in 2017. That was sadly not good, and he determined “I have to change something. I will start to do exercise!”.

Then, he enrolled the “Rakuten Fitness club & Spa” which is already popular among his co-workers.
Now, he goes there at most three times a week and has his own fitness program he made whenever he comes.
First of all, he started running on a treadmill as usual. 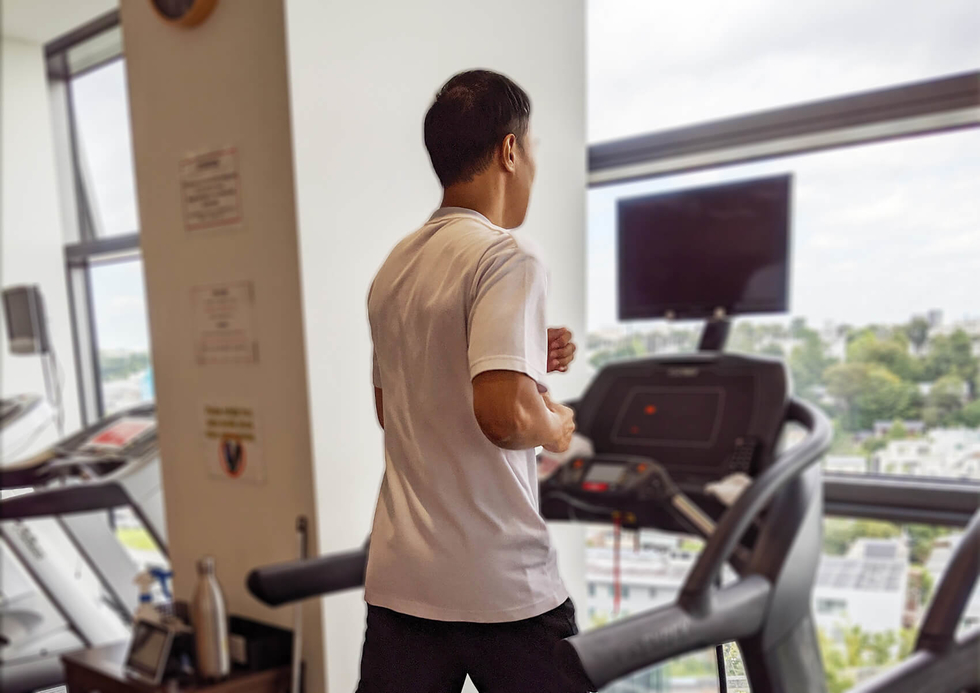 He said he feels so relaxed when he runs, looking at the scenery of Futako-tamagawa. Next, he builds up his body with some equipment. 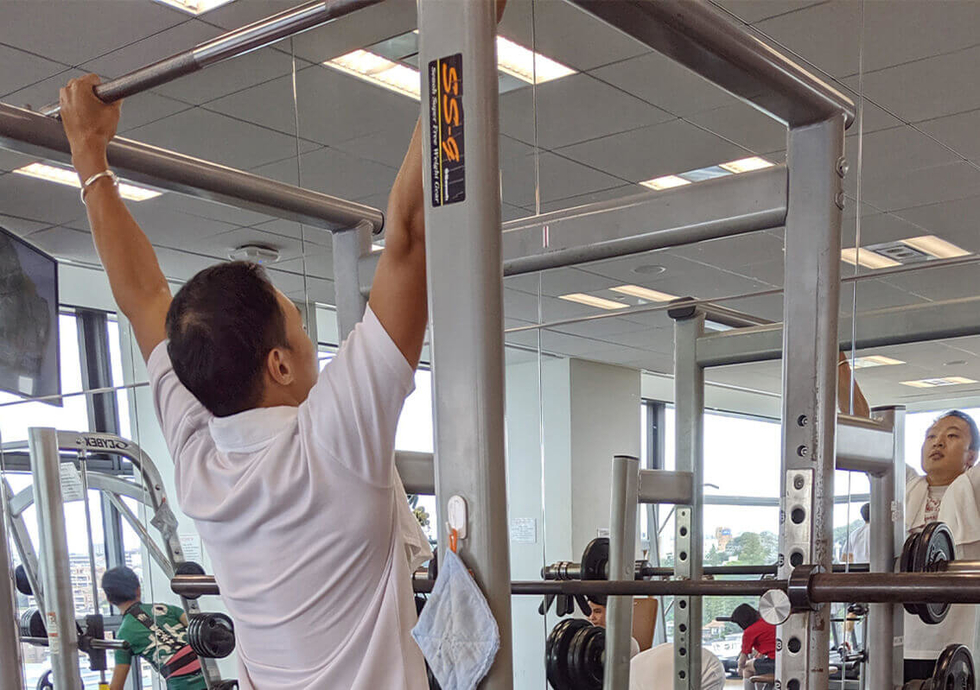 He felt like doing a pull‐up on that day, he was doing that easily many times.

Since he is trying to do that efficiently in small amount of time, he finished his training program for about 30 minutes. After the exercise, he went to Rakuten cafeteria for lunch with hunger.

What is the benefit of using “Rakuten Fitness club & Spa”?

He says “The benefit of “Rakuten Fitness club & Spa” is that they open from 7 a.m. on weekdays and weekends. Moreover, they offer their gym clothes and training shoes so that we can stop by there anytime.” He also says happily “It is amazing that I can go there freely anytime.”.

By the way, he told us his perfect daily plan. He exercises at the gym from 7 a.m., takes shower, has complimentary breakfast at 8 a.m., then works refreshed in mind and body from 9 a.m.

His health condition is getting better since he have joined the fitness club. Now, the result of his medical check-up is “A (Nothing wrong)”, and he has been taking care of well-balanced diet and exercise.

I want to have many “Friends at the gym”.

“Although it already took over two years since I have joined it, I haven’t had a chance to talk with fitness members there and don’t have friends at the gym yet.”

He also says “I sometimes find people at the office who are joining to the gym like me, so I would like to get to know each other. Also, I want to keep enhancing my health and improve our Rakuten service with them.” 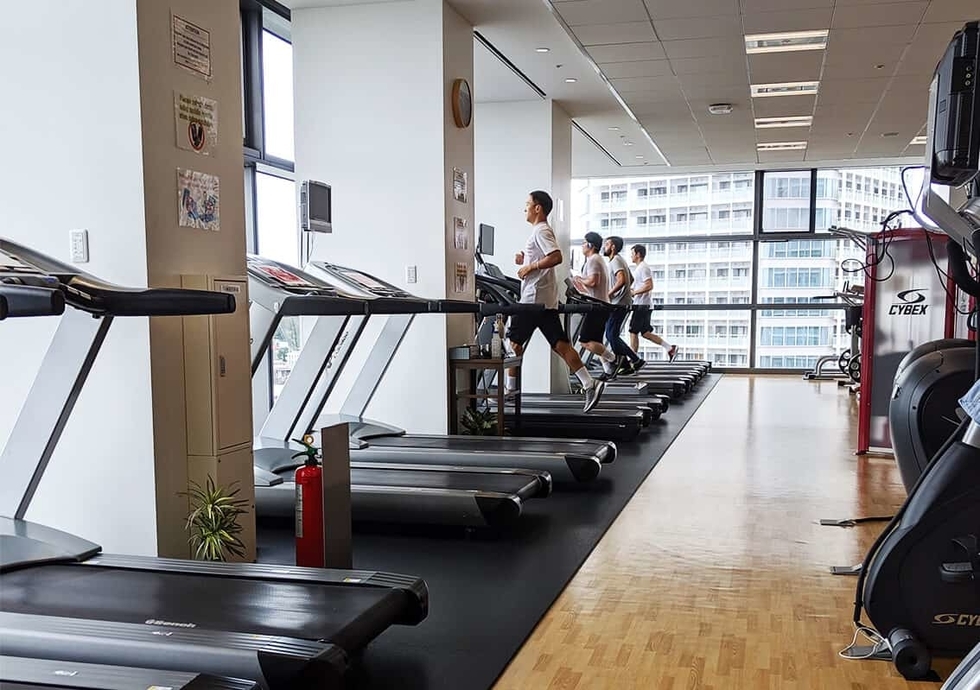 “I always care about health. For that, I have good meals and exercise in my daily life. Of course, I am working hard, too” I am so glad that Rakuten has a great gym. I also appreciate that they offer well-balanced and delicious meals and opportunity for fitness of my spare time. I will keep enjoying my work, fitness, and losing weight!

Eba-san said he feels fulfilled everyday by coming to “Rakuten Gym”. I thought I should start to exercise for losing my weight and build up my body so that my count of the medical check-up improves.
Eba-san, thank you so much!!
Company benefits of Rakuten is following;
https://corp.rakuten.co.jp/careers/benefit/
Eba-san is in charge “Rakuten Horse Racing”
Rakuten Horse Racing:
It covers all local horse races in Japan.
They support your fulfilling “Horse Racing experience” and you can get “Rakuten super point” when you purchase bedding tickets. Please join us!
https://keiba.rakuten.co.jp/