Hi, everyone. I am Sasamon. I am working as an engineer at Rakuten Fukuoka branch.

Rakuten Group has many branches in Japan. 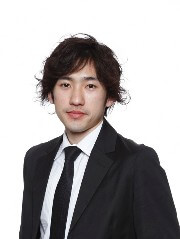 Let me introduce myself briefly.

I was assigned to “Rakuten Gora” service and experienced wide variety of tasks as an engineer, especially development and operation for reservation service of golf course.

After that, I worked for “Rakuten Wedding” as a manager, and now, I am working as a DevOps engineer after I transferred to Fukuoka branch.

So, I will introduce you the fascination of the Fukuoka branch.

Fukuoka branch is just in front of Hakata station.

Look at the following map, it is obviously so close to Hakata station! From the station it takes only one minute on foot. 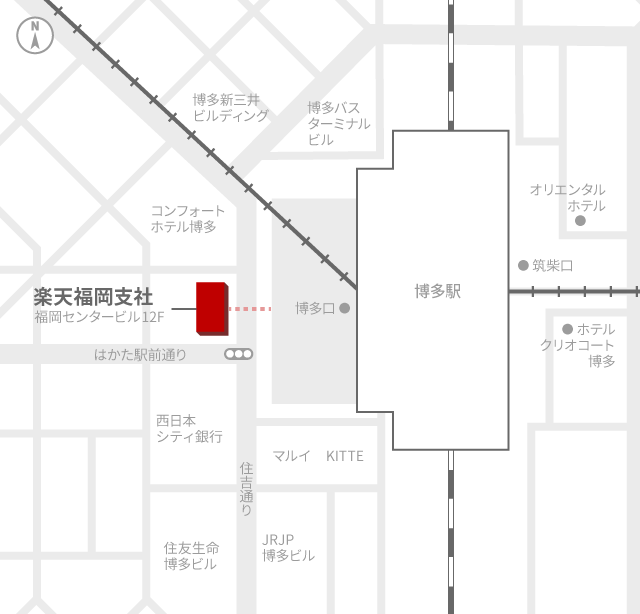 Also, one of the feature of Hakata station is that it’s very close from the Fukuoka airport.

It takes only six minutes from the Fukuoka airport to Hakata station!

At Rakuten cafeteria in Tokyo headquarters, they offer three meals (breakfast, lunch, and dinner) for free as employee benefits. Fukuoka branch has cafeteria too, and only lunch is complementary.

Now is Halloween season, some decorations are displayed. 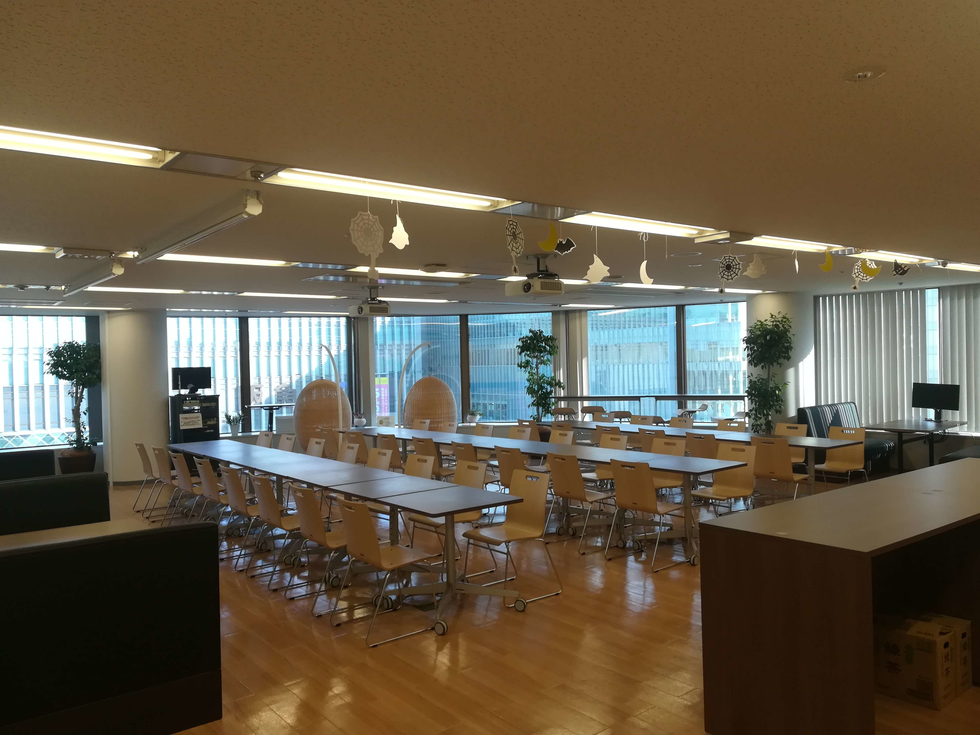 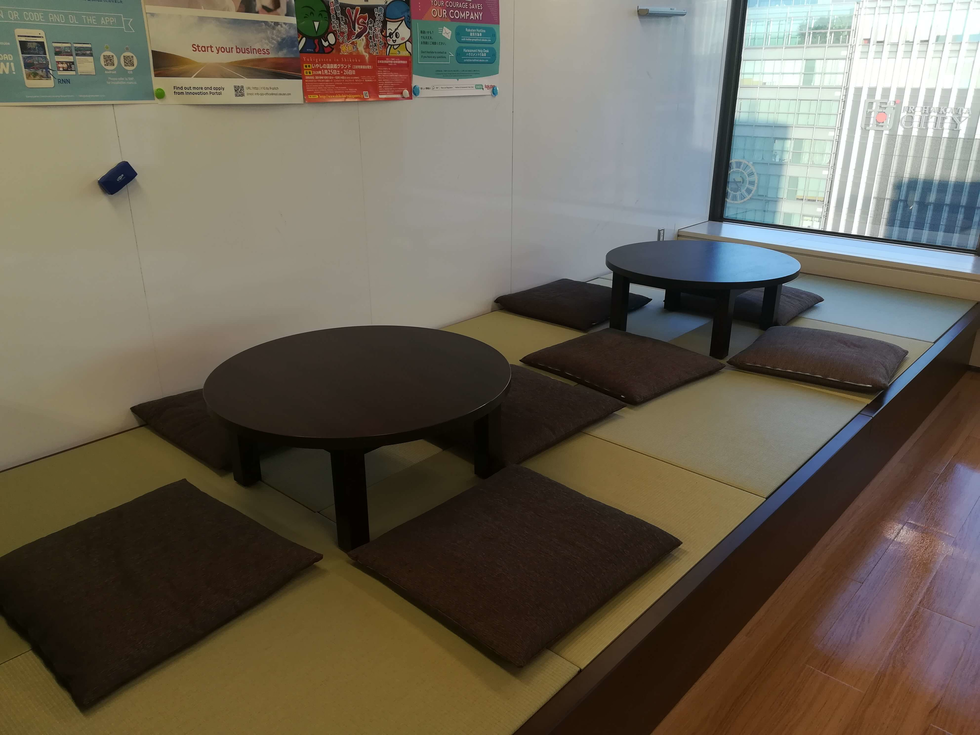 The atmosphere of the office.

This is the office, you can choose any place as your workplace. 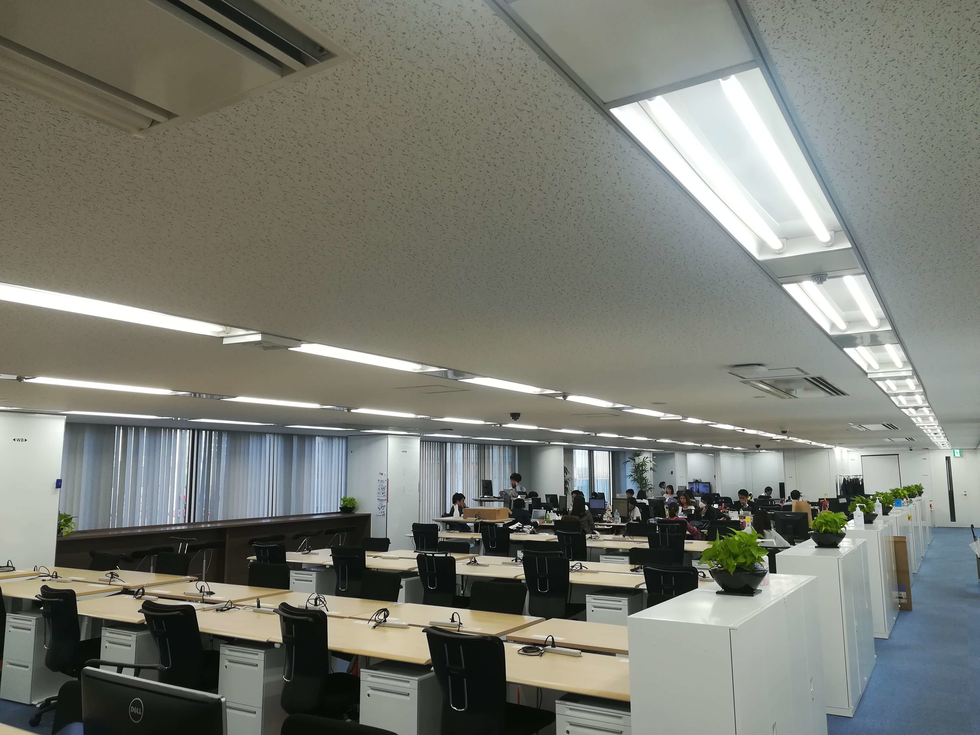 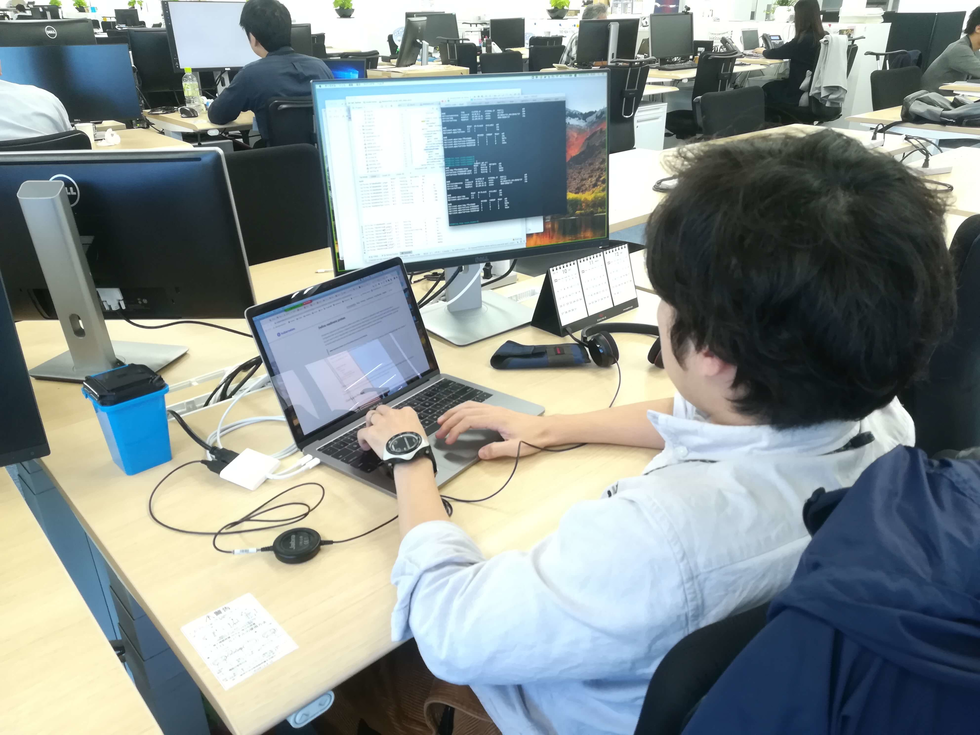 The office has a space which is made of artificial grass too, I often see some employees working there. 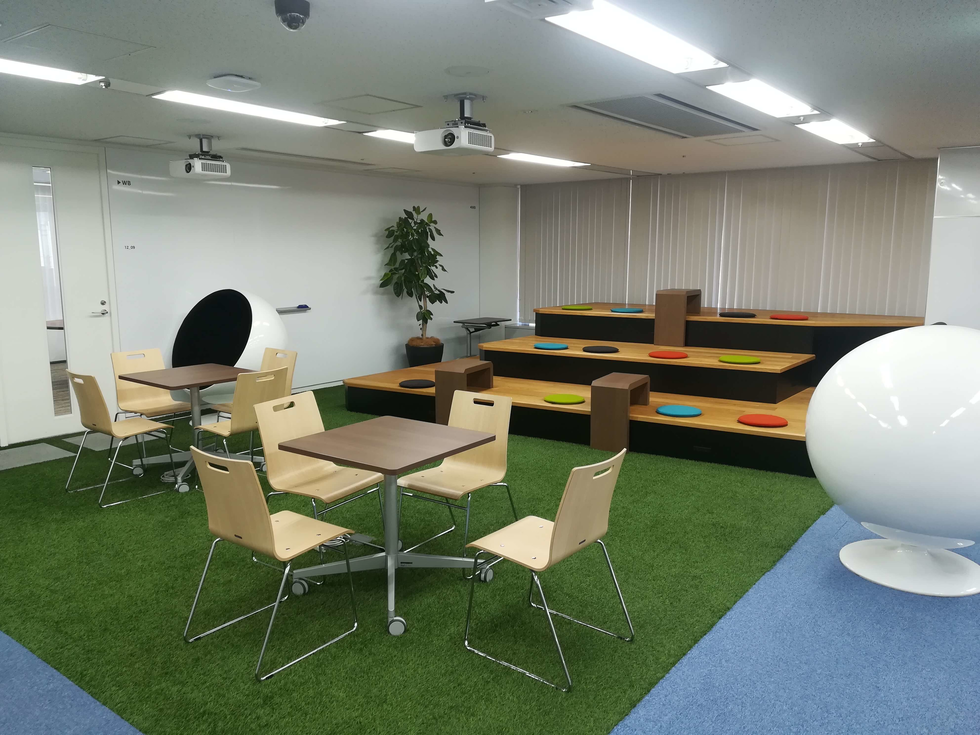 The view you can see from Hakata station is like this. 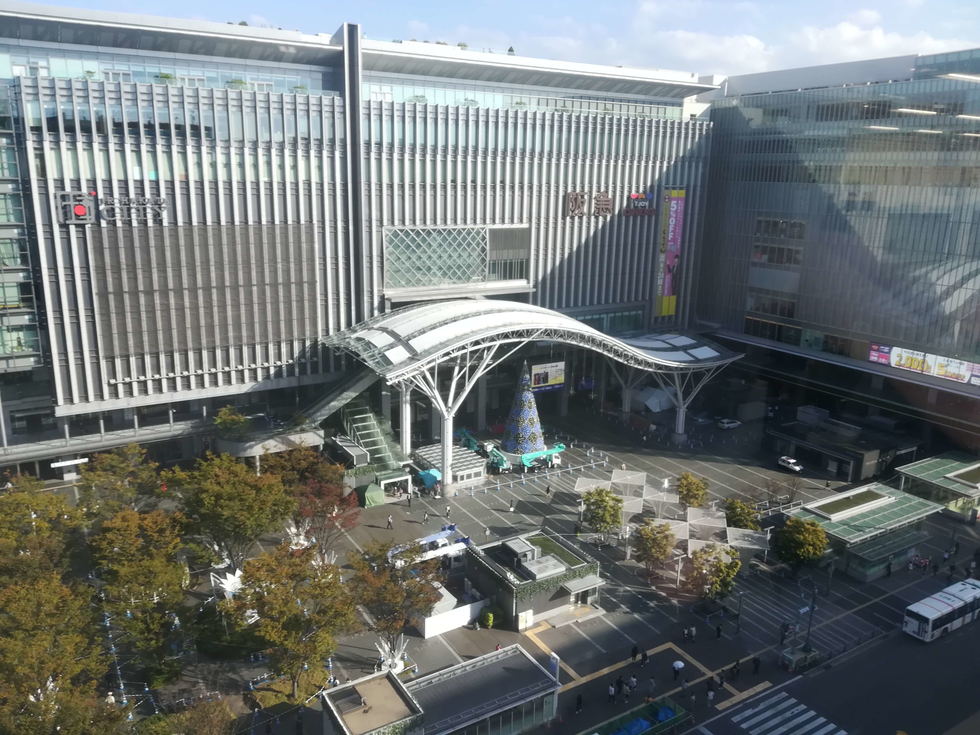 In November, illuminations are set in front of Hakata station, that’s so brilliant. 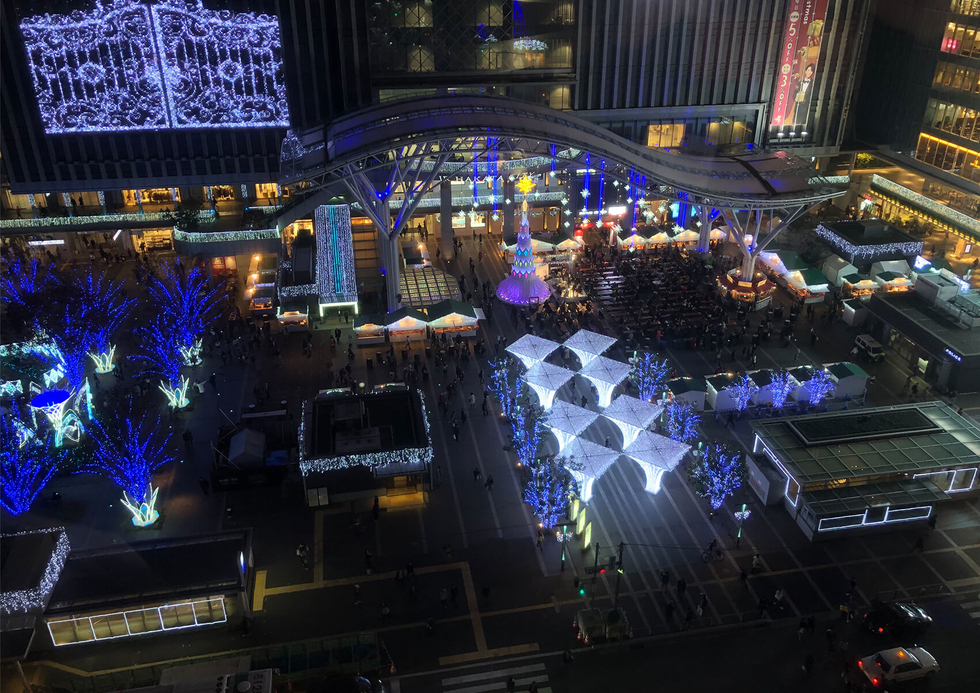 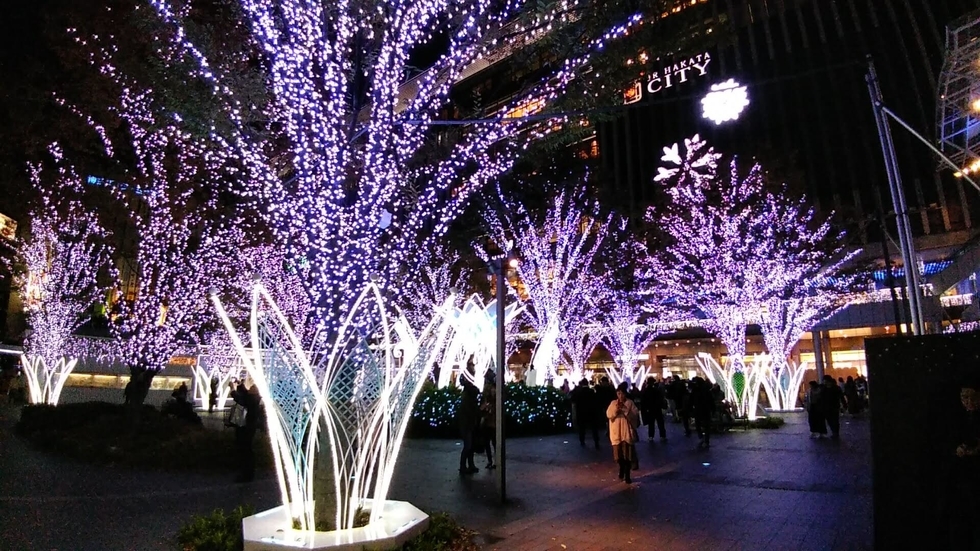 What I am feeling now

I used to be working at Rakuten Crimson House in Tokyo, I transferred to the Fukuoka branch two years ago.

I think “I understood what a wonderful place Fukuoka is, because I can have benefits as the same as when I was in Tokyo and I can work with international employees too.”

The salary system is the same as the office in Tokyo, and I am evaluated in the same way as Tokyo. I can work with international employees using English even in Fukuoka. I can feel local warmth too. I think the well-balanced environment is the advantage of Fukuoka branch.”

There are mainly three teams;

A team which offers Big Data Platform for “Rakuten Ichiba”楽天市場.

A team which offers Payment Platform of Rakuten.

A team which offers DevOps of “Rakuten Travel”.

This January, we held the first meetup at Fukuoka branch.

You can see the detail from the following link.

There are not so many engineers yet, but some of them are working overseas!

We are planning to introduce more about Fukuoka branch while focusing on the engineers’ stories. Don’t miss it!