Hi there! This is R-Hack editorial office. Rakuten held an event, “Commerce Tech Meet up in Nagoya”, on November 19th. 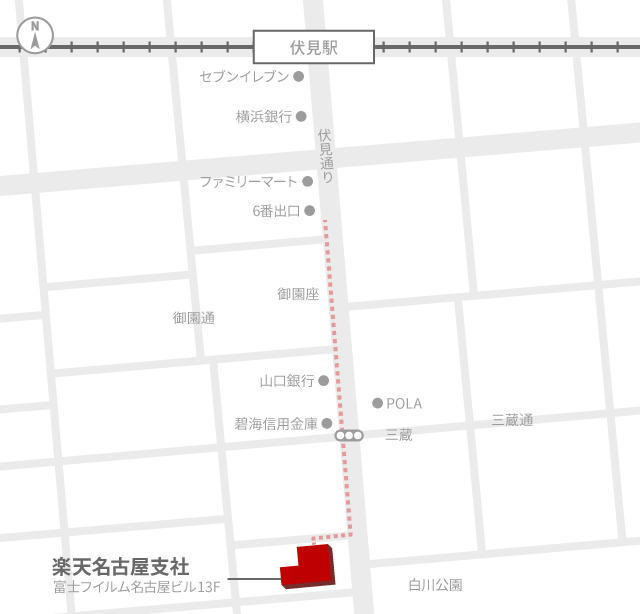 The branch is located on Sakae where is center of Nagoya city. It takes 6 minutes from Fushimi station (Nagoya subway Higashiyama Line or Tsurumai Line), and it’s on the 13th floor in the Fujifilm Nagoya building.

The external appearance of the building 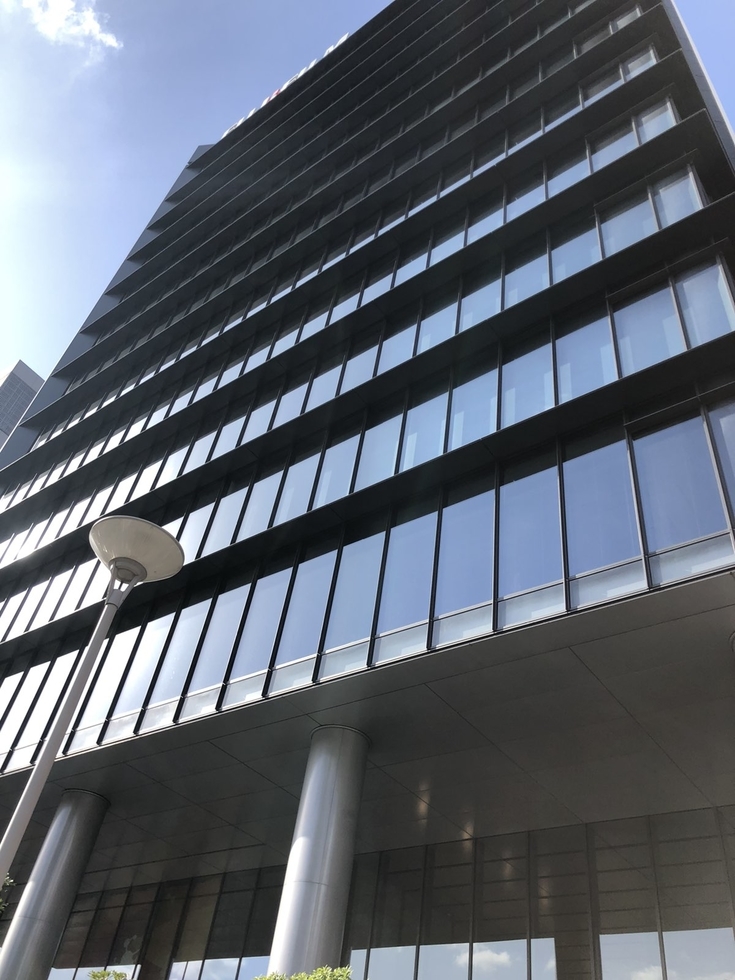 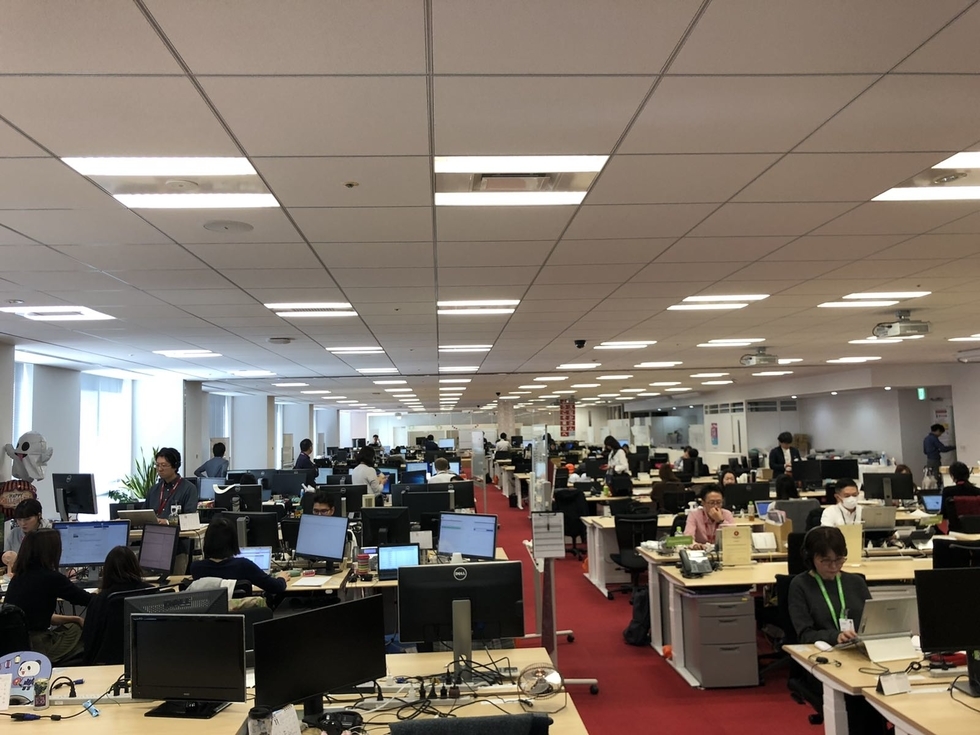 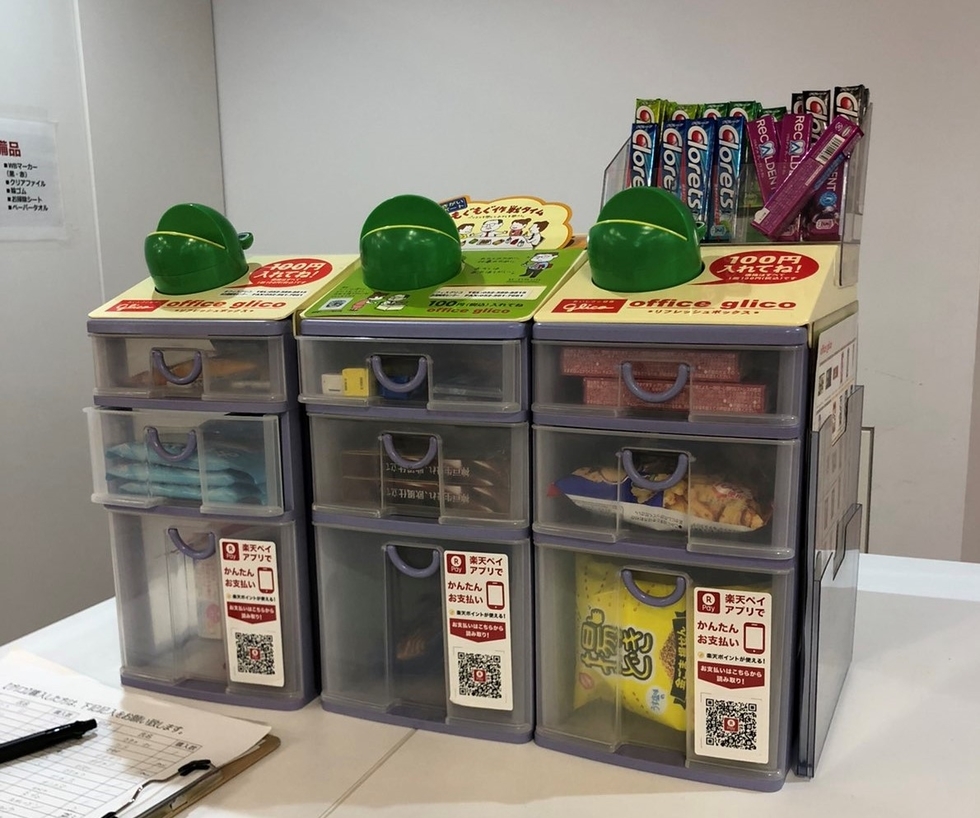 This is a snack vending machine, “Office glico”. Surprisingly, Rakuten pay is acceptable! 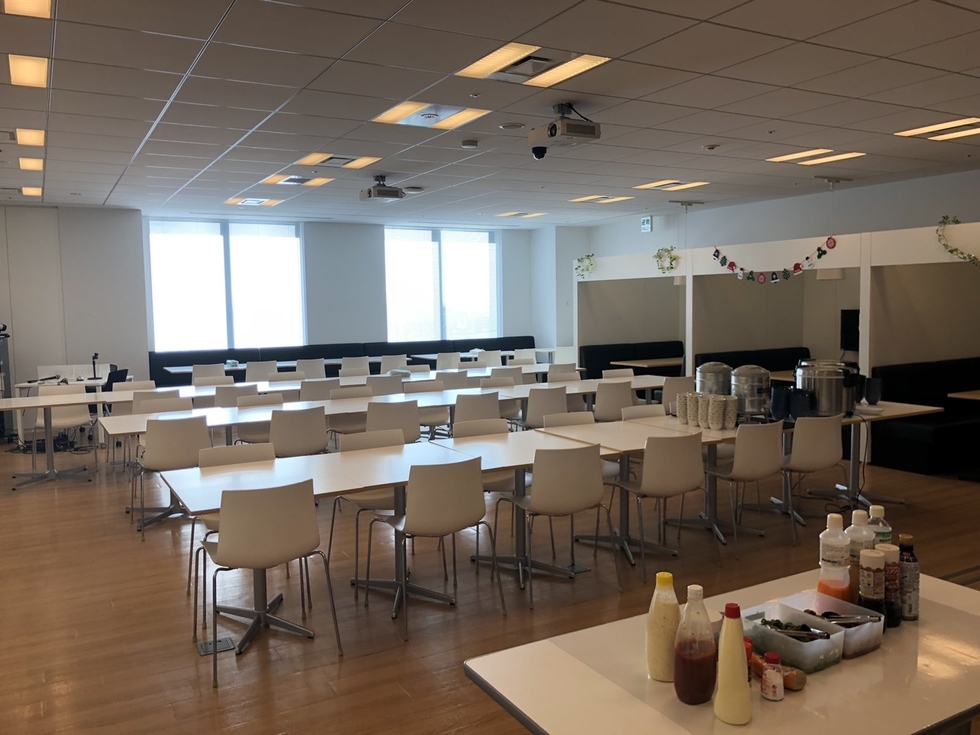 Of course, they have a cafeteria next to the office, and complimentary lunch is available for the Rakuten employees. Several seats are sofas, so you might feel like you are in a café and will get refreshed! 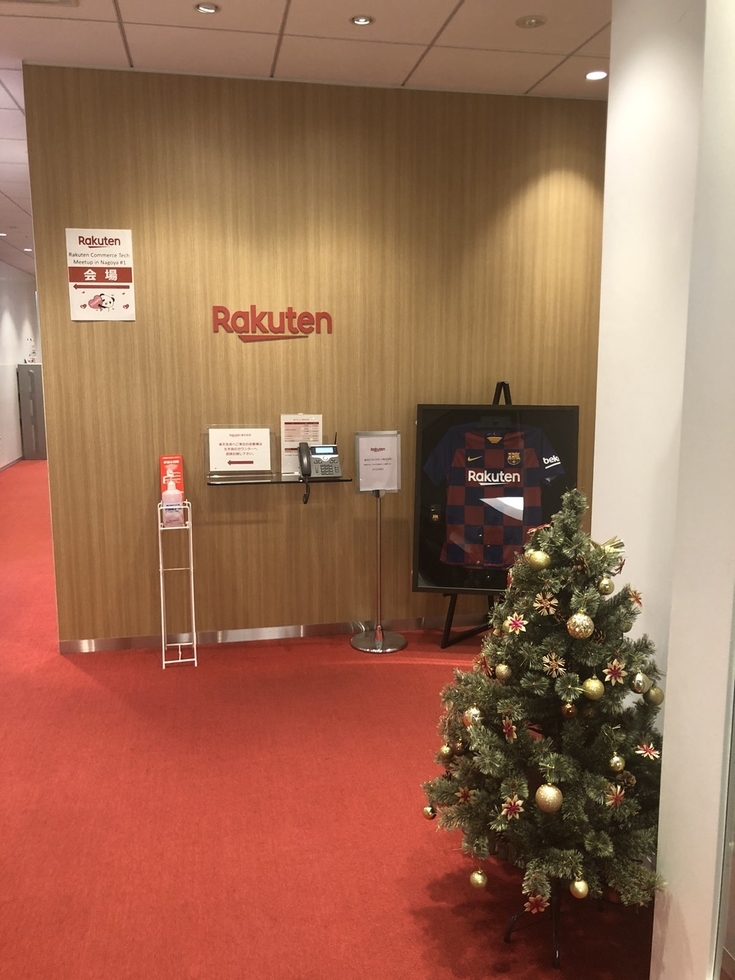 Well, this time we could have “Commerce Tech Meet up” for the first time in Nagoya, and 28 participants came beyond expectation. Thank you so much! 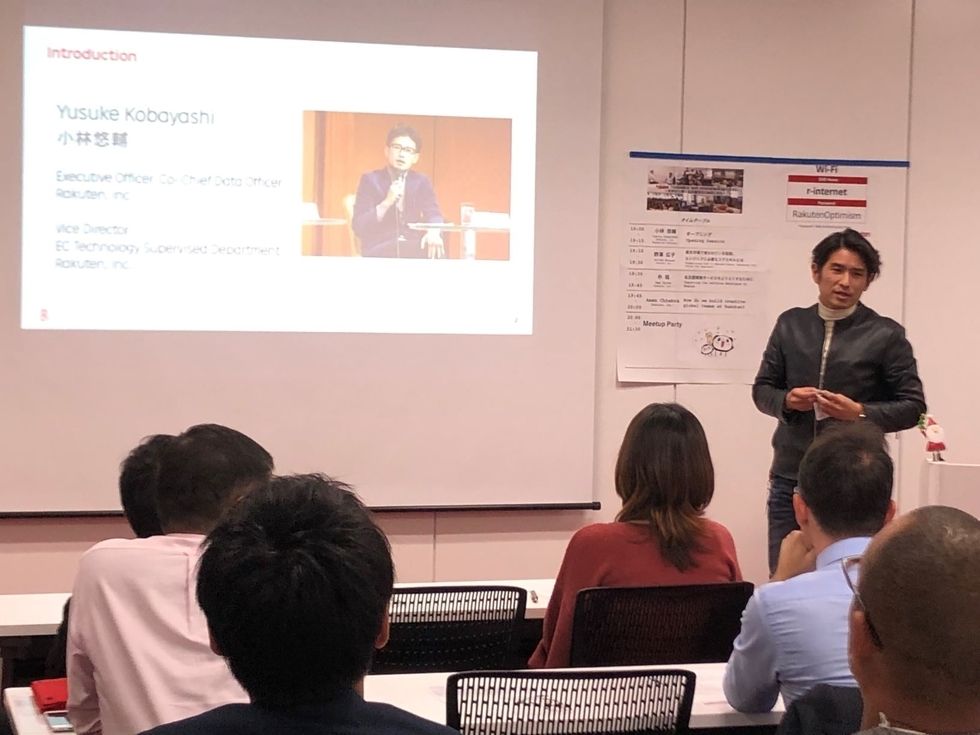 This time, three employees who are working in Nagoya had presentations for lighting talk.

In the beginning of the lighting talk, a manager Hiro-san, who was involved with the start-up of the development department of Nagoya branch, talked about the history and the development of that.

When she was assigned there, she was only development engineer, so she was regarded by others “She is great at computer!”. She talked it was so tough for her when she received many inquiries about how to use Excel, computer trouble, and so on!

After that, she explained her past and current career and the service she is taking care. At Rakuten Ichiba service, they have “Regular purchase” and “Reservation purchase” besides “standard purchase”, and they develop them at the Nagoya branch. Moreover, they develop all of billing operations for merchants of Rakuten Ichiba.

She talked about not only her work, but also her lovely children! 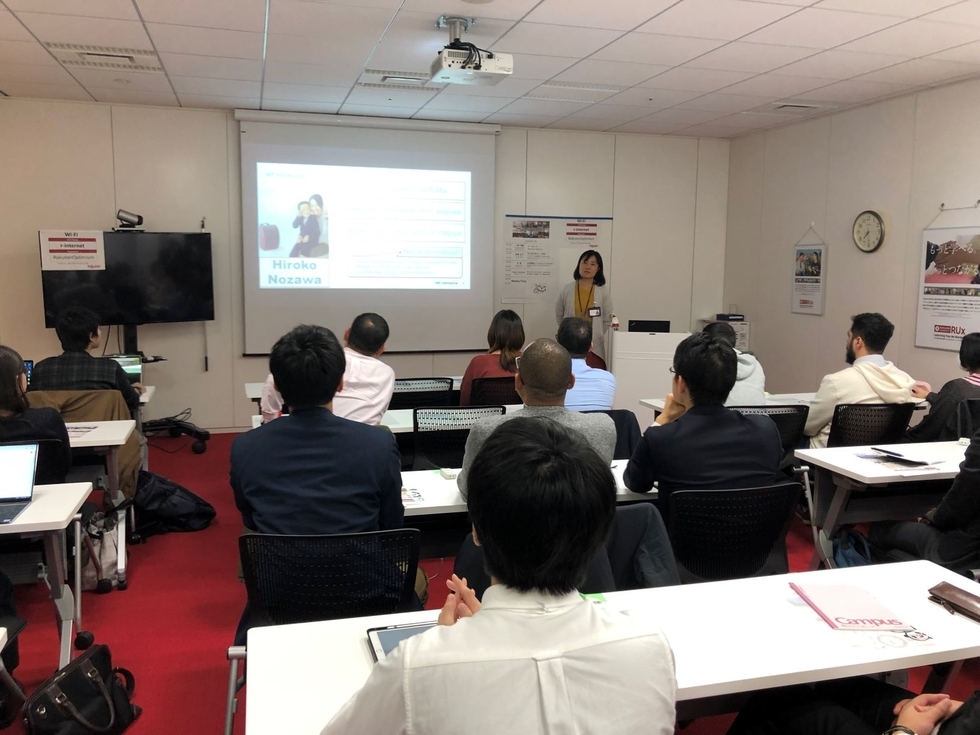 The second presenter, an engineer Gyoku-san, talked about further detailed story of system.

The development teams are divided into three teams, regular purchase, reservation purchase, and billing operations. She talked that each team discuss business section about the development for new function. She explained how to implement them and develop the new function. 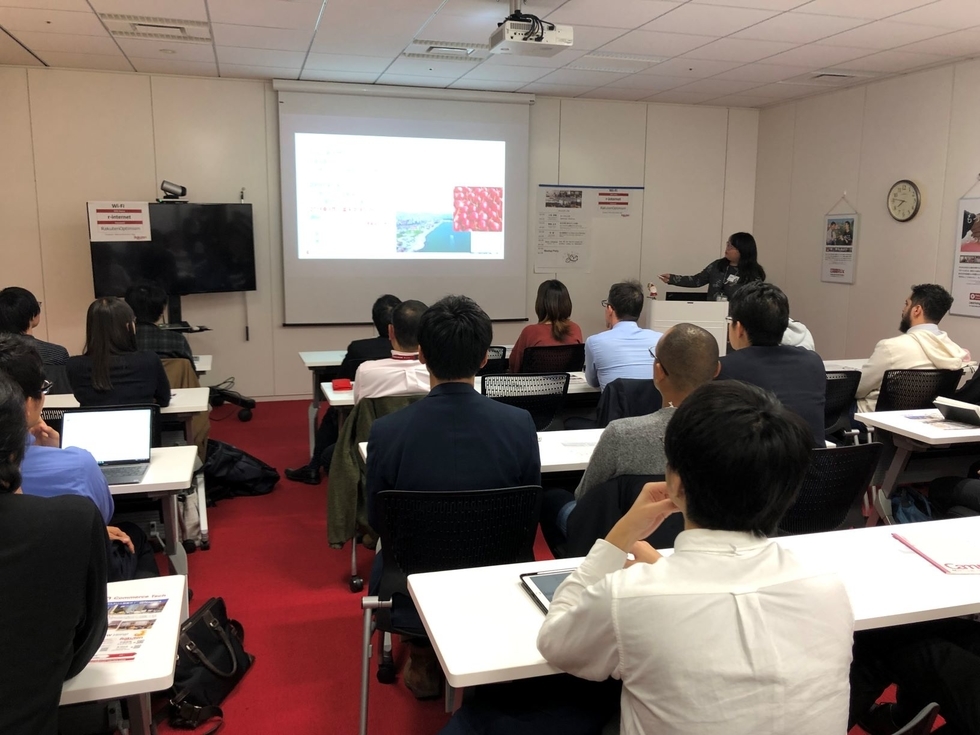 At first she was so nervous about talking. But as time went by, she made the participants laugh by her cheerfulness!

How we build creative global teams at Rakuten?

Lastly, an engineer, Aman-san, talked about team building at Rakuten which is becoming globalized. For employees who are working in a globalized environment, they might experience language and culture barriers. He explained how they overcome the barriers based on his own experience. In Nagoya, some international engineers are working including him, and they are trying to get through the barriers together and work in unity. 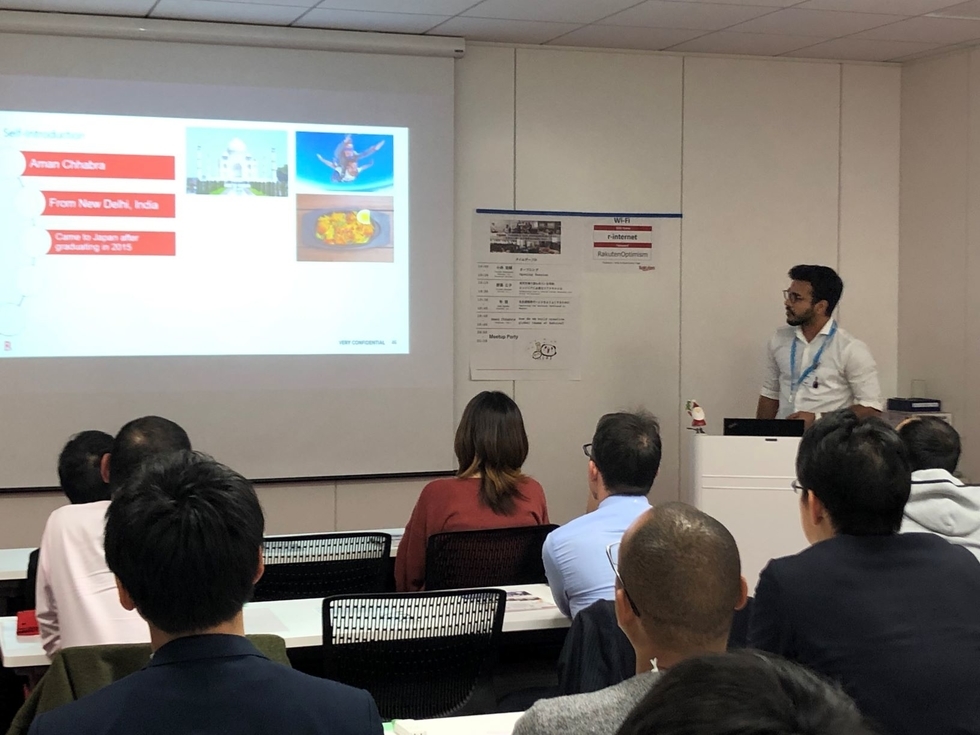 For this presentation, he put on the suits today different from usual!

After the LT (lighting talk) session, a Meet-up party is held at a cafeteria. Almost everyone joined that, and the party was a blast!

Everyone has their own reasons to join this event. Some participants told me they wanted to hear the story when the Nagoya branch started, and another participant wanted to know what’s the tasks at Rakuten. Everyone was having their own questions about the contents of the LT session, the atmosphere of Rakuten, and so on! They had positive communication with Rakuten employees.

As for myself, it was very first time for me to talk with engineers of Nagoya branch too, so I could have great opportunity to hear many stories about engineer job. By the way, my co-worker, who came from Osaka to Nagoya for the business trip, joined this event. Since I am from Osaka too, we had a lively conversation about Osaka! 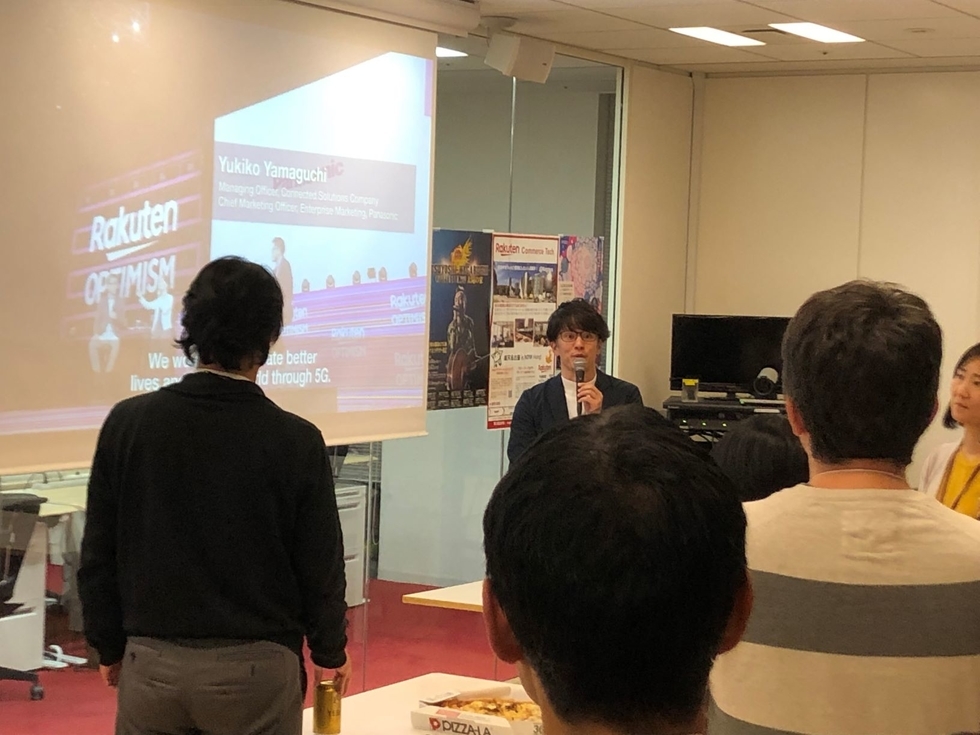 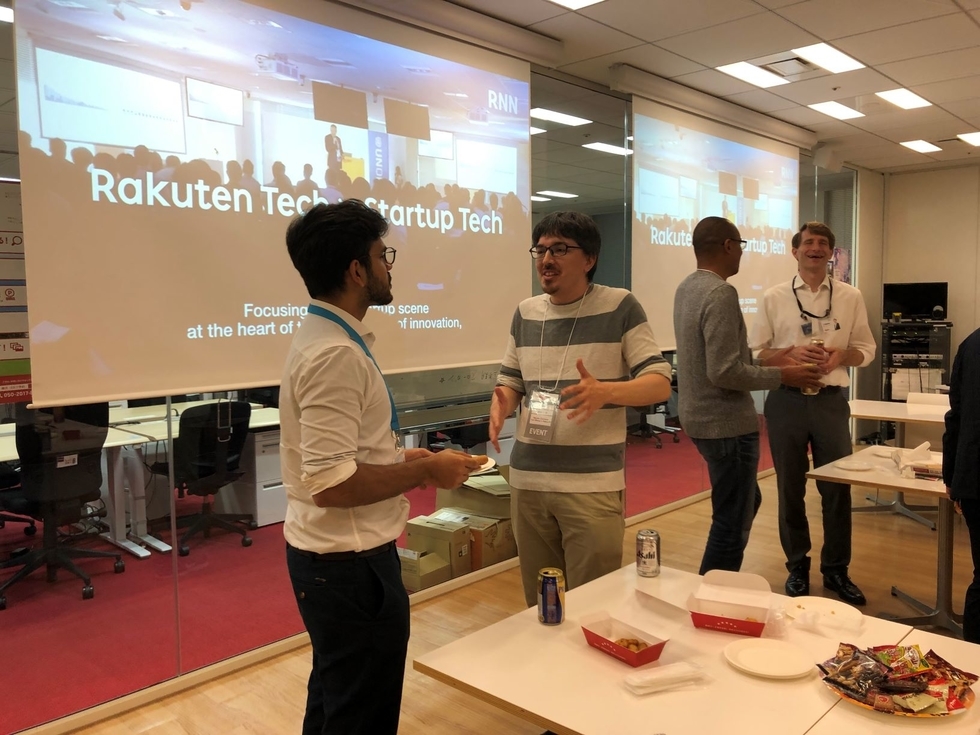 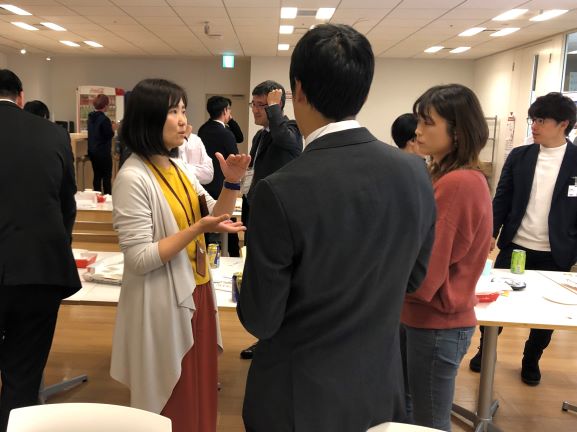 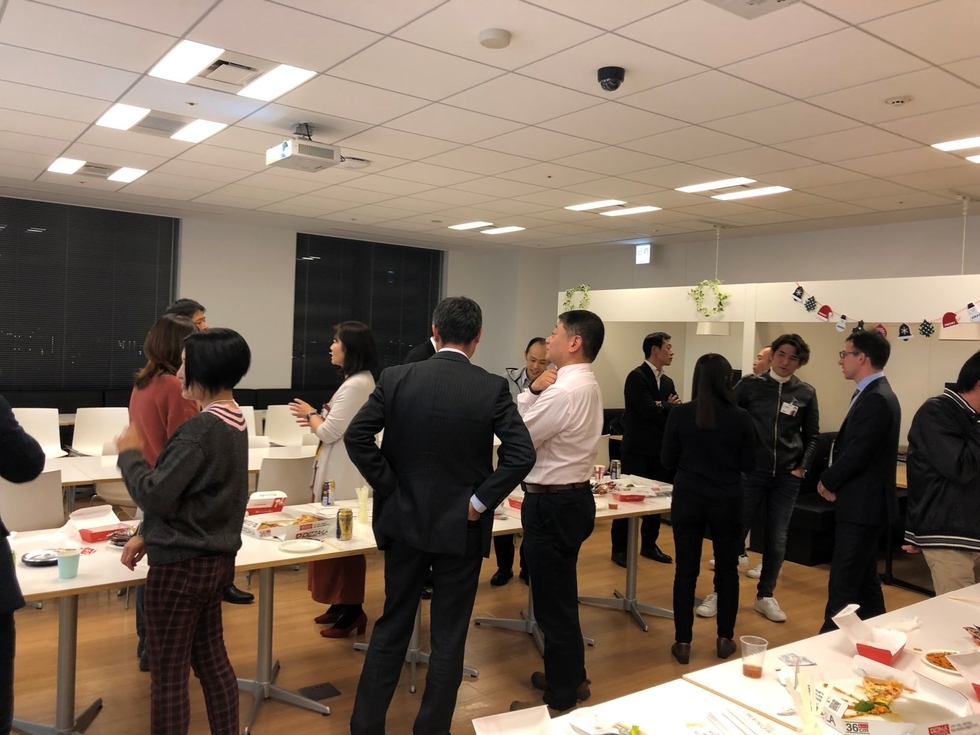 Lastly, we appreciate all participants who joined this event because we were worried how many people would come for this first event.

We are planning to have the same event next year too, so please visit Nagoya branch to join it!