トップ > Event > This is the 5th year. Hot & Exciting summer for students

Commerce Tech has been holding short internship programs for students from all over Japan in every September recent years, named “Futako-Tamagawa Natsu-No-Jin”.

This year is the 5th internship program, which theme is “empowerment for 〇〇”.

Participants of the internship were directed to think of the word that fills 〇〇 and develop a web service for the theme for each group.

Let’s look at the details of the program:

The internship is a short program and organized in the way that teams of 4 people need to demonstrate the web service developed by themselves in 5 days. They started from the scratch and brainstorm the concept how the service would be.

The participants were 12 students who passed the paper exams and interviews and they were split into 3 teams to compete in demonstration of the new services.  Effective time management and team building are the keys for their success. 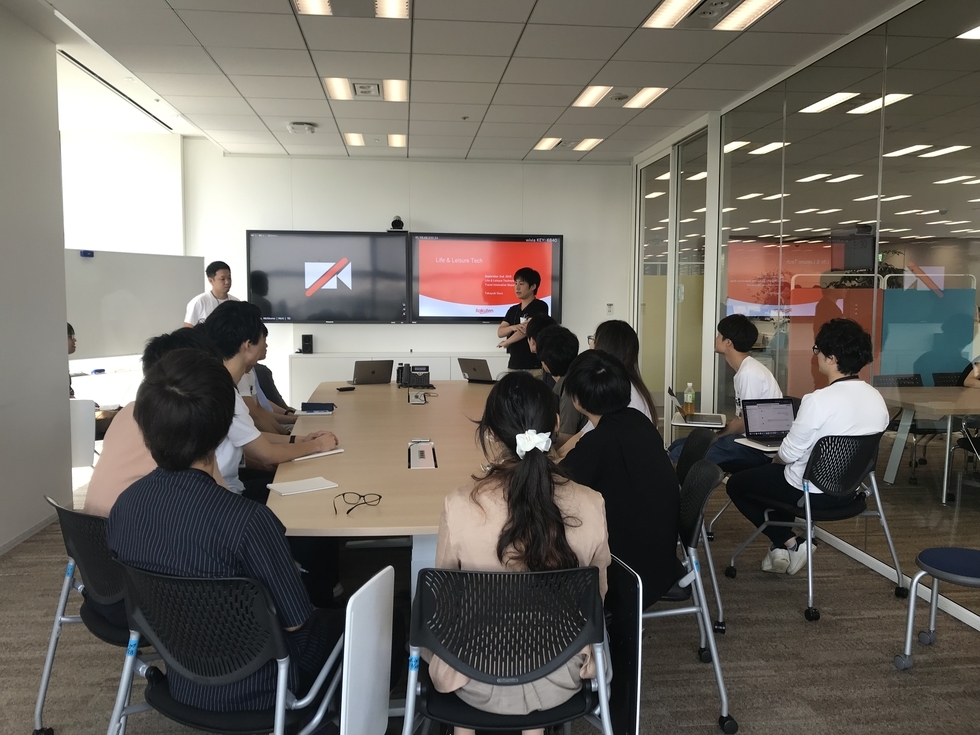 Day 1: Announcement of Team members and Theme for each team

12 Students from various parts of Japan – there was a tense atmosphere among them.  After a brief introduction about the life at Rakuten, there was an announcement about members for each them followed by self-introduction, then discussed the theme for their projects.  The tense was gone in due course and they all looked very focused after they got the sense of the timeline for the internship, what they are expected to do and what they are expected to consider to accomplish their goals.

Yes – they MUST complete the programming of the service they propose in 5 days.

Team names for this year’s members are: Team Vegas, Team Sympathies, and Team Shogun (= “The General” of an army) – all very unique ones.

A discussion immediately started as to how to design and develop the service after the themes were decided. It should be difficult to co-work with people whom you first met, but they were tackling their tasks with their full commitment.

The first hurdle for the participants was to think of the words to fill in “〇〇” for “empowerment for 〇〇” as their theme.  For Japanese people it is a bit hard to understand the meaning/concept of “empowerment”; we heard some questions saying “what does it mean?” in the room.

If you are working in Rakuten office you hear this word quite often but in general it is difficult to understand what “empowerment” stands for.

What comes up to your mind when you hear the word “empowerment”? 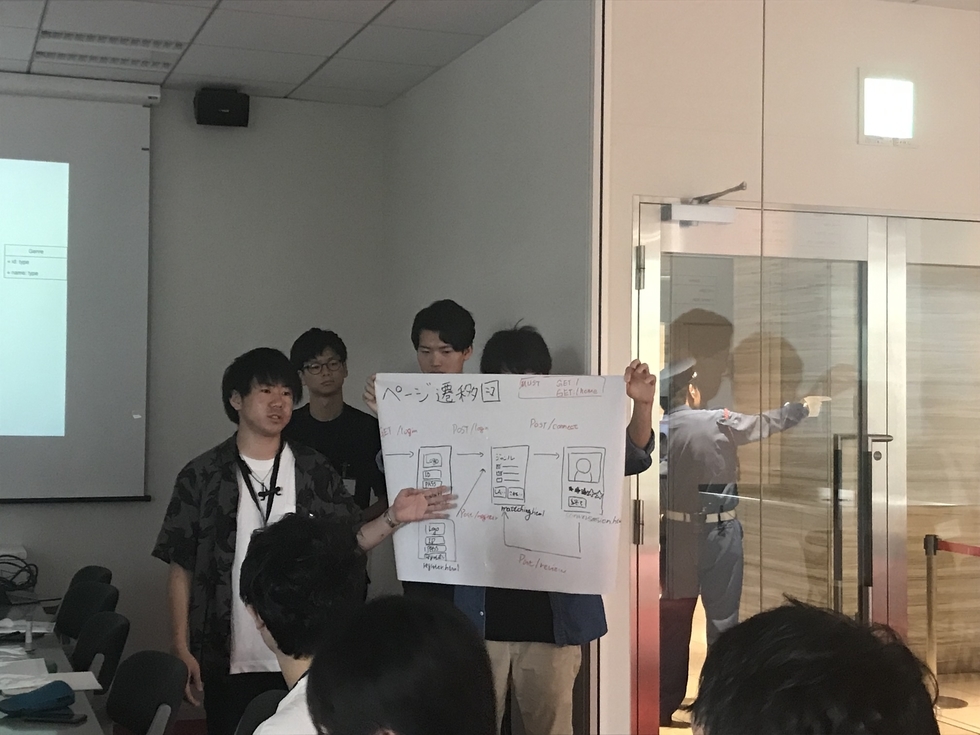 As the first thing in the morning of Day 2, each team presented the theme by filling out the “〇〇” as their theme.  All of them were so great and stimulating:

Team Vegas was the only one with ladies in the team, 2 out of 4 members were female participants hence they decided to set the theme as “empowerment for woman.”  Great outcome from that coincidence to them. 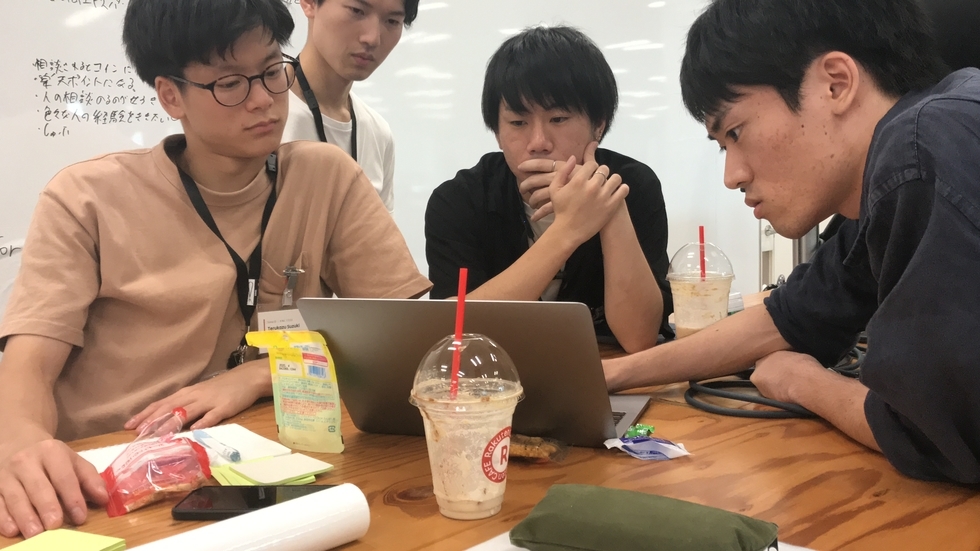 There were some tough comments from supervisors but they shifted to the amendment to reflect those advices/feedback to their system development.

The members proceeded with their system development based on the design they agreed by Day 2.

The role of each member was defined by making use of each person’s skillsets – someone with great coding skills writes codes, another person writes codes for screen designing with his advantage in that area.

They were re-charged by sweets and beverages from Rakuten café which they were well familiar with how to utilize it.

It is not only one member’s effort that leads the project to completion, but it is critical that all members need to work together by helping each other.

Day 5 is the day for each team to demonstrate the service they developed.  The presentations were scheduled in the afternoon.

We cannot be in time!

One of the teams were hassling for the final work to complete their program, whilst the other team was trying to enhance the quality of their demonstration.

We were so impressed that all teams were trying to make things better until the last minute without any compromise.

My lunch invitations were declined as students said they were too busy.  A bit sad.

The final compiling of the work from 5 days’ activities

The venue for the final presentations was the Crimson Club on the 22nd floor of Rakuten Crimson House.

The presentations were done in front of the internal audience where each team explained and demonstrated the service they developed during the internship program.  Evaluations were provided by the audience by voting afterwards.

Students looked nervous and were trying to present their final products hardly and sincerely.

All services presented by 3 teams were at very high level of quality and really amazing – the evaluations turned out to be very competing to each other. 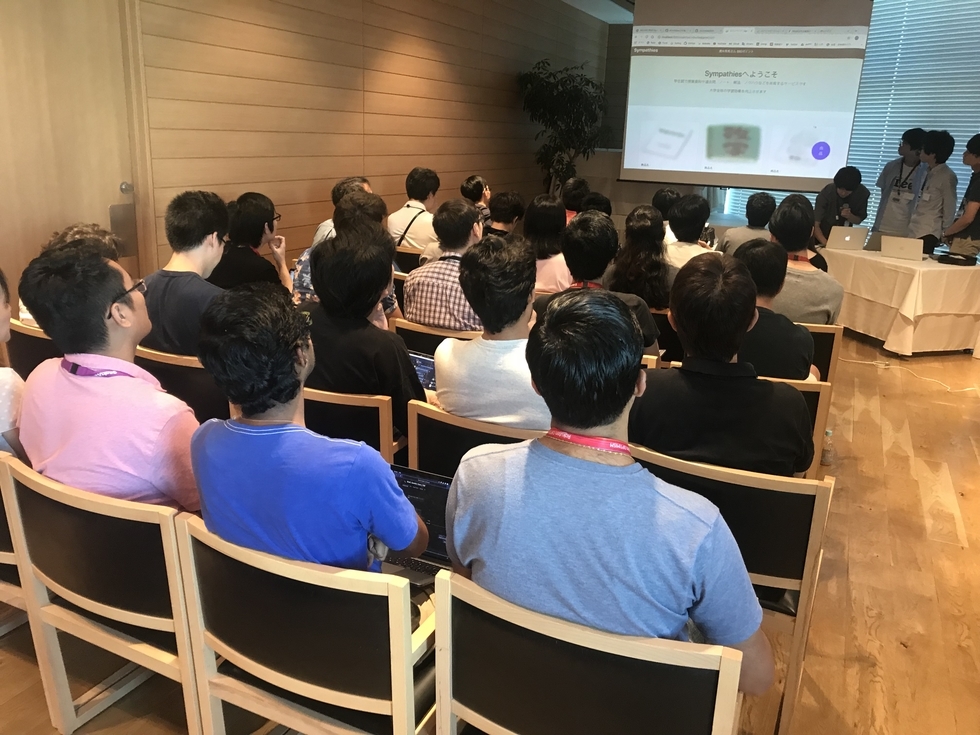 The winner and order of prizes were announced at the evening party.  We could see the best smile of students, different from their tensed look during the presentation.  They became very good friends after the intensive collaboration for 5 days. 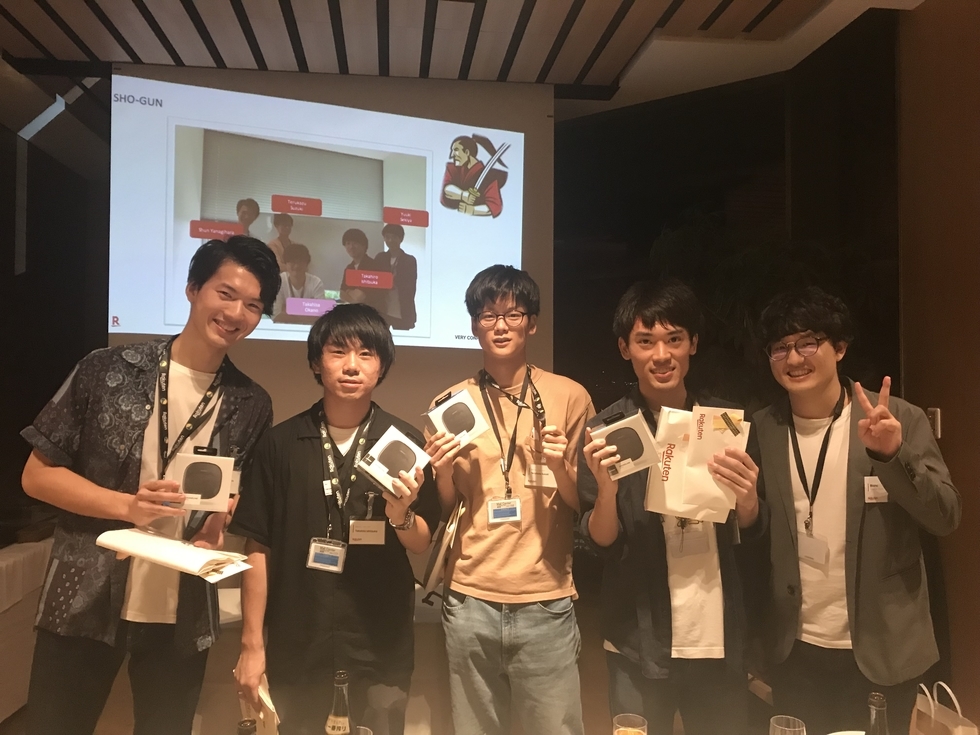 The organizers of the internship program were well aware of the difficulties in creating a product with the people you first met, and even in only 5 days, however the outcome brought by the students were very astonishing.  They overcame such hurdles with their great energy and completed the development of high-quality services.  Well done!

The Futako Tamagawa Natsu-No-Jin is planned for next summer too– your applications are welcome!!

Information about the internship programs next year will be shared in this R-Hack series, please keep your eyes