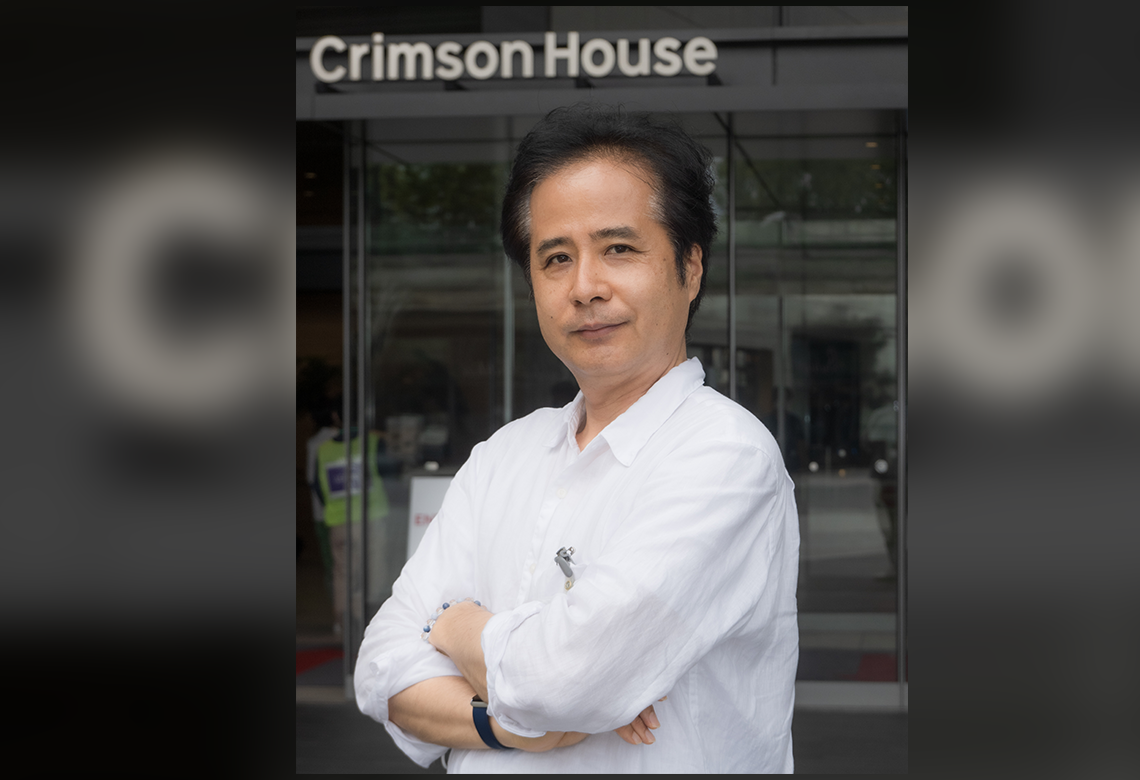 Hi, everyone. This is R-Hack editorial office.

New graduates who joined Rakuten in April 2021 have been assigned to their respective departments in August and have started their work.

The new graduates at Rakuten Commerce Tech received various training, such as general training, development training and on-the-job training over a period of about four months. 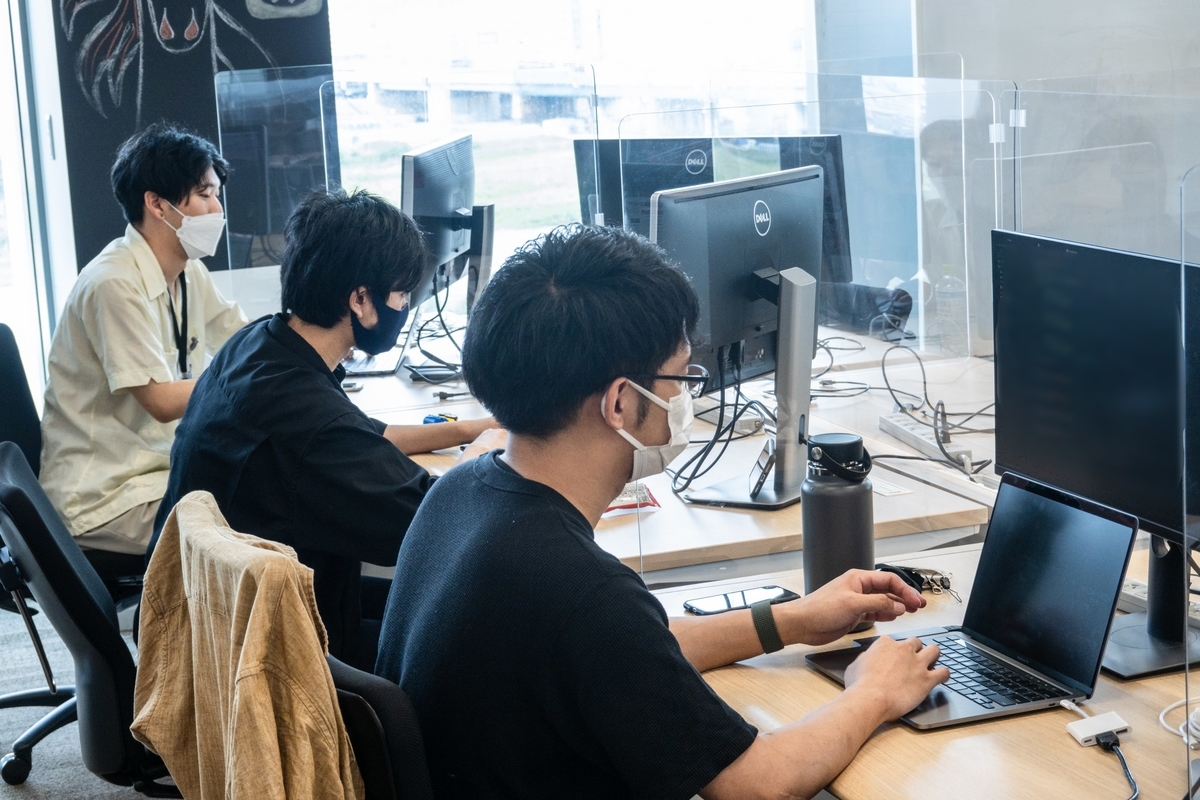 *Training was held online. The work location can be chosen, either at the company or at home.

——Please tell us about the contents of the new graduate training program.

Mahalo: For the first two weeks after joining Rakuten, the new graduates received basic training together with the new graduate members of the entire Rakuten Group. The objective is to acquire the knowledge necessary for any job as a member of society, such as basic business manners, and to understand the core of the Rakuten Group culture.

After two weeks of basic training, the 56 new graduates were divided into teams of six. Each team was assigned a mentor and was encouraged to work as a team.

After transitioning to team-based training, the new graduates took basic skill training courses, which included an introduction to the Commerce Tech organization and classroom lectures on technical and environmental information specific to Rakuten Tech. After this, a tutorial training course was held which included modifying a training web application on Git using Spring Boot. There was support from the technical mentors then, but the mutual help among the new graduates worked very well.

After the basic skill training, the new graduates went on rotation OJT to experience OJT in three different departments for three weeks each before official assignment. 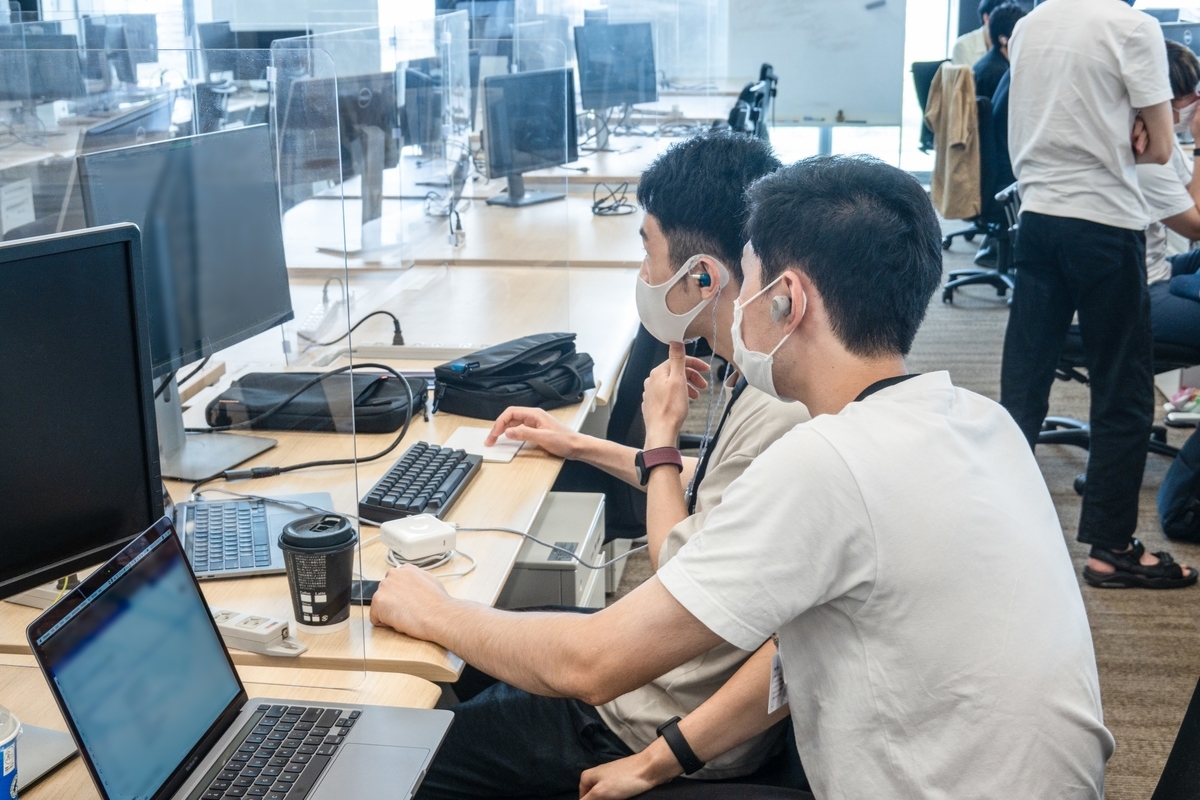 ——There is a variety of training programs.

Mahalo: In the basic training, the new graduates were not only able to learn the basics as the name implies, but they should also have been able to build a network with more than 700 of their peers who joined Rakuten in April 2021, including members who were assigned to non-Tech teams such as the sales team.

Since Commerce Tech-specific technology and environmental information are skills that are necessary regardless of which department they are assigned to, the goal is to reduce the burden on the receiving department so as not to affect the quality of training and to reduce the overall time required for training.

——What is the reason for splitting into teams and working in groups?

Mahalo: The reason why they were split into teams is because in many departments, actual work is often done in units of that size, and we want to promote communication within the team and have them strengthen their relationship as peers joining the company at the same time by forming teams. There was also an aim to have the members who are good at technology cover the areas where the technical mentors could not provide enough support, and that went as expected.

Rotation OJT was implemented to minimize the possibility of a mismatch after the official assignment by having both the new graduate member and the receiving department look at the technical fit and the fit with the team members.

——What were some of the difficulties while preparing for and conducting the training?

Mahalo: This was the first year that we changed from accepting new graduates individually in each department to accepting all new graduates in the Commerce Tech HR Section and providing training, so we were still uncertain about many things.

I think we were thinking as we ran, as it has often been at Rakuten, and I think that atmosphere was felt by the new graduates in both a good and bad way. While the onboarding was a bit of an exploration, we were helped in many ways by the excellence of the new graduates.

——Was there anything you devised?

Mahalo: Part of the reason was because the training was still in its infancy, but I sometimes dared to make unreasonable requests. I knew that the new graduates would face more unreasonable situations once work started, so I thought it was necessary for them to have this kind of experience. But for them, the requests may have seemed just unreasonable.

I asked the mind mentors to reply to the daily reports from the new graduates every day, which seemed to be quite troubling for them. During the OJT period, there were many things we failed to do and we caused trouble for the mentors from each department.

——Lastly, please give a shout-out to the new graduates and a message to students who are aiming to join Rakuten Commerce Tech.

Unlike the training period, the new graduates will also have to produce results while learning from August. I hope that they strive on both and will be able to provide more convenience to our users while growing themselves.

One of the most important criteria for hiring new graduates at Rakuten Group is not only current skills but also potential for the future. As a company, we have embodied the idea that while growing our services, the people involved should also grow with it.

We are waiting for someone who wants to further enhance the services of Commerce Tech, which has many leading services in Japan and also offers services around the world, and who also wants to grow into a world-class talent themselves.

——Thank you very much!

R-Hack editorial office will continue to introduce Rakuten Commerce Tech’s various trainings and the thoughts behind them.