Event Date: January 9, 2020
We hold this event before the enforcement of those measures.

Do not hold face to face meetings and video conferencing is recommended
As part of countermeasures for coronavirus, Rakuten will implement following measures effective from 2/18:
https://corp.rakuten.co.jp/news/update/2020/0218_01.html?year=2020&month=2&category=corp

Hello, everyone. This is R-Hack editorial office.

In Commerce Company Tech Division (URL), we hold regular meeting at the end of every month, and one of them is “Travel Tech Shimekai”.

This time, we joined it for the first time! What is going on there? Let’s check it out! 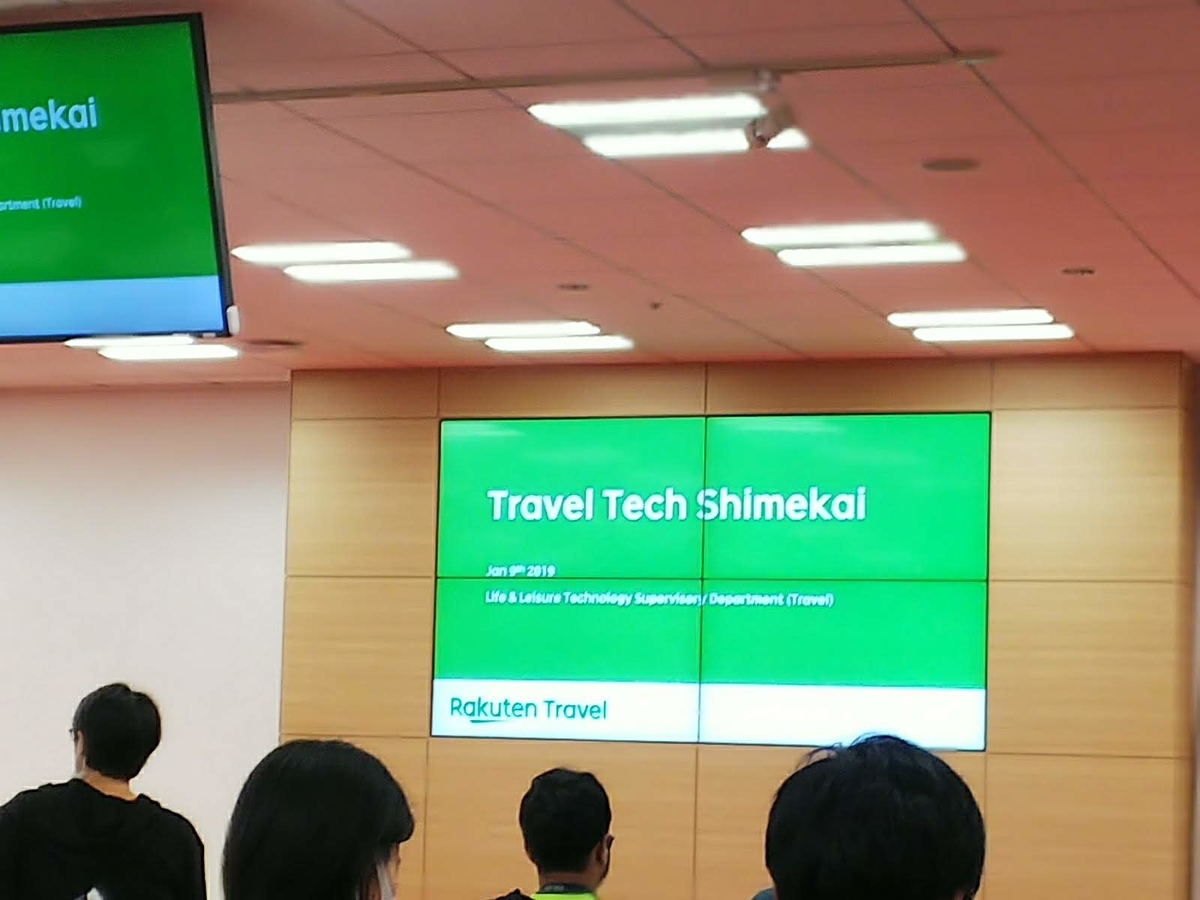 Place to share information, and MVP award as well!

The Travel Tech Shimekai is a place to share ongoing projects, latest services, technology, and current problems for engineers who are developing of Rakuten Travel.

This time, it was the first shimekai in 2020. There was a strained atmosphere before the meeting.

At the beginning of the meeting, a manager emphasized that we should work hard this year to boost our ongoing project, so they listened to that closely.

Then, the MVP award winner, which is the largest event of the Shimekai, was announced!

The honor award is given to the best performing engineer who made effort to solve problem of the products.

Nominees generally is announced at the shimekai which is held last month and only one engineer is elected by voting of Rakuten Travel employees.

This MVP award winner was… Kai-san!

The trophy and Rakuten point gift card was presented to Kai-san! 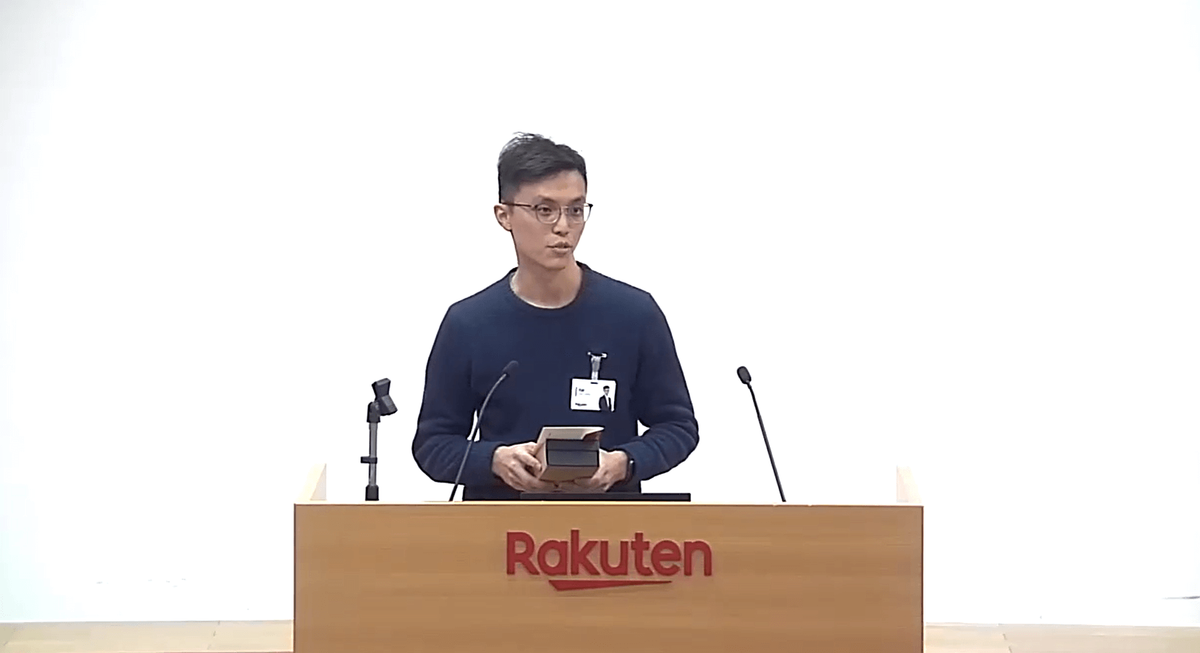 Next, nominees for the next month MVP award have been announced. One is chosen from each team as a nominee, and their team member support them with their unique presentations! 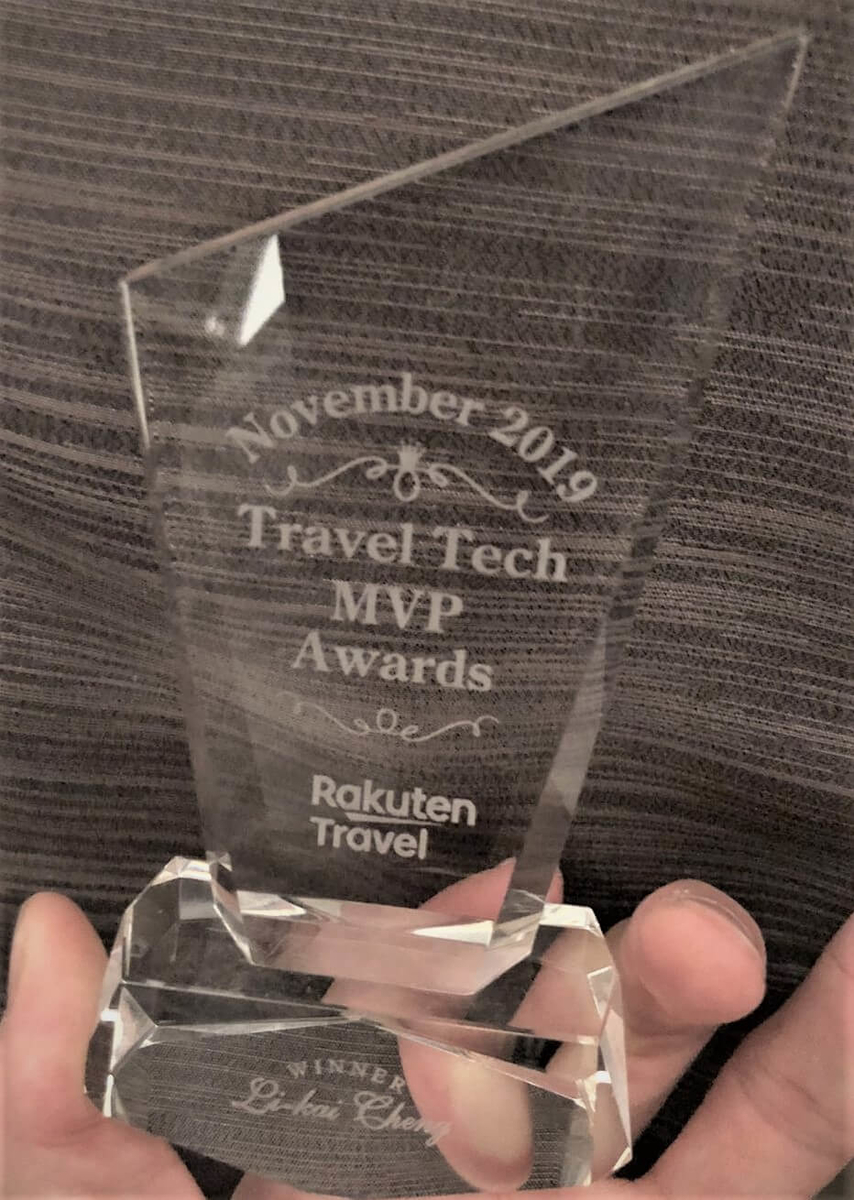 It includes their work performance of course, and their characters and a short story about them. I was impressed that the meeting had been proceeding in a friendly manner.

At the end of the shimekai, the CTO from Life & Leisure Technology Supervisory Department of Commerce Tech shared their target of the department, and talked “Let’s enjoy this year and achieve the target through great teamwork!”.

Becoming “One Team” is the way to success of the project!

Tech Community is especially internationally diverse in Rakuten. Working as “one team” is a clue to achieve our common target among the employees with various culture background.

It is necessary to have regular meeting like Shimekai for developing our big service, Rakuten Travel, and coordinating closely as “One Team”!

We, commerce company, are currently recruiting engineers for our various services like Rakuten Travel, and so on.

If you are interested in, please visit the following URL!