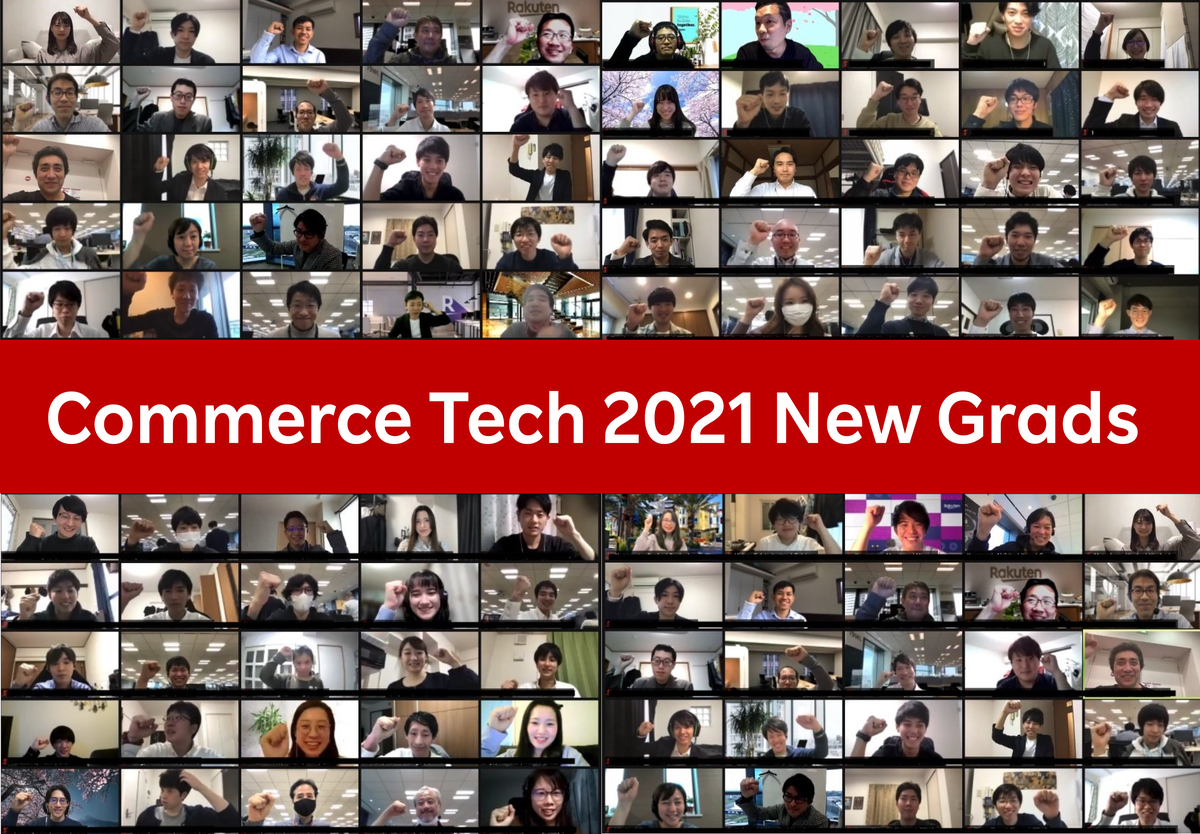 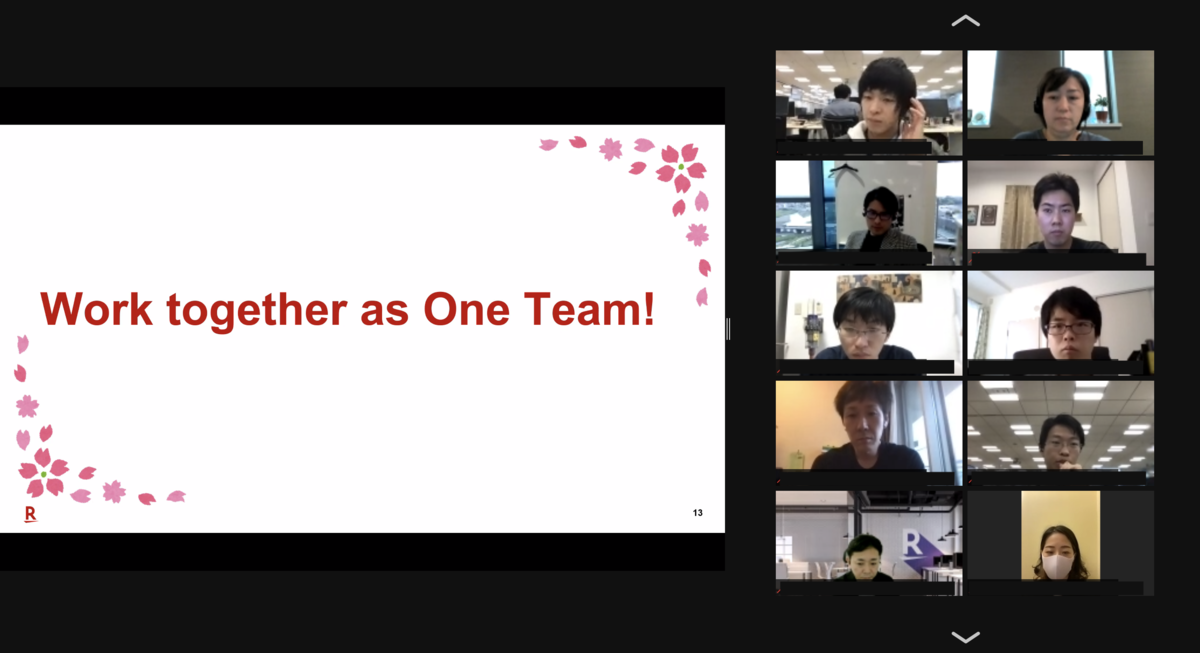 Here is a look at the ceremony.
Due to the situation of COVID-19, the ceremony was held online.
Participants included new graduates who joined the company in April, Commerce Tech’s executives, general managers, mentors and many others.

It was very close to a welcoming ceremony.

In the end, we all took a group photo together. Taking photos online was a little difficult! Although the ceremony was held online, it’s not often that colleagues joining in the same year can get together, so I think it was a valuable opportunity for them.

The 56 new graduates will continue their training for a while, but I hope they will do their best to always remember their initial enthusiasm.

R-hack will post reports on the training programs for new graduates, which are held until they are assigned to a position, so stay tuned!

Hopefully one day we can hold welcoming ceremonies offline!