トップ > Worker > Who was awarded the first MIP at Commerce Tech!? A close-up of the winners

Hi, everyone. This is Yumi from R-Hack editorial office.

Rakuten Commerce Tech has decided to choose two MIPs out of all 1,800 Commerce Tech employees once every quarter from 2021. This time, I would like to introduce the two winners of the first MIP.

The first winner is Yossy, who is the vice manager of the Travel Service Development Group, Travel Agile Engineering Section, Travel Development Department. 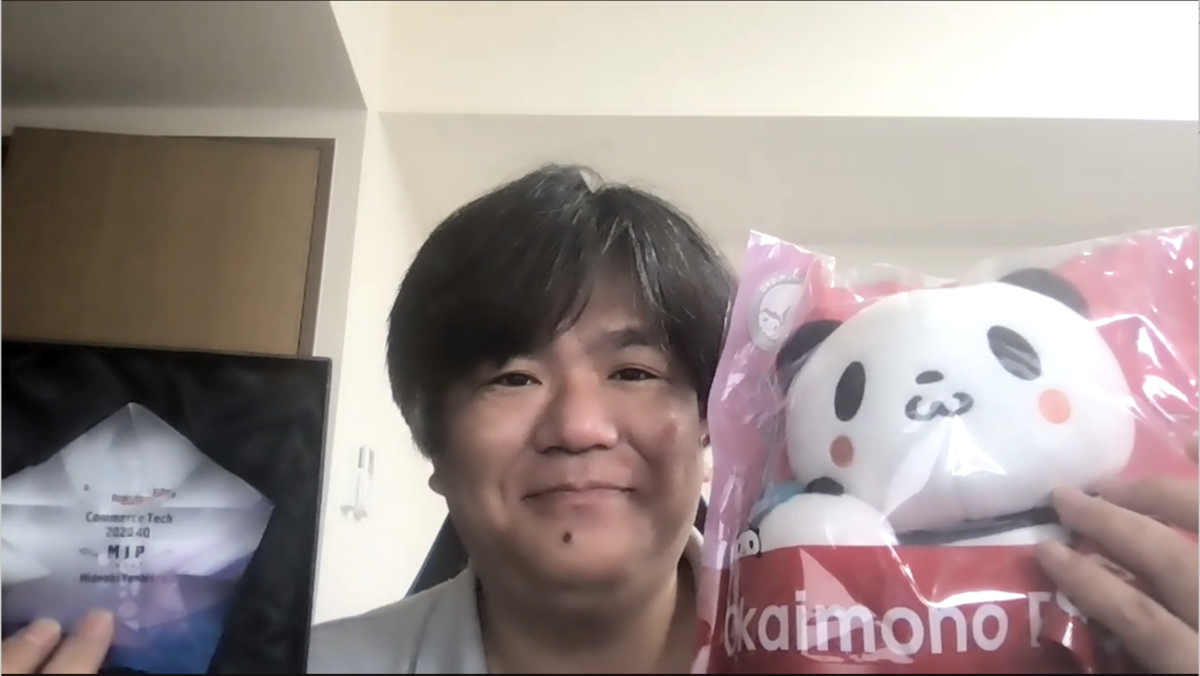 Yumi: First of all, congratulations on winning the first MIP.

Yumi: Can you tell us about your career at Rakuten?

Yossy: I began working at Rakuten from September 2010 as a partner staff. I was involved in the development of the management screen and JAL dynamic package service for Rakuten Travel and external connection systems such as R-Connect. After that, I changed my employment status to a regular employee in April 2015 and was mainly in charge of Rakuten Travel’s administrative services. Also in 2015, I became a team leader and was mainly responsible for the development of the Rakuten Travel app’s itinerary editing feature, the design and development of the data structure concept for airline ticket search, and the project to support the new ANA/JAL fares. Since February 2020, I have been the vice manager of the group to which I currently belong, and I am responsible for overlooking and coordinating projects within the group and managing issues to improve the overall performance and stability of the service in preparation of Rakuten Super Sale.

Yumi: This time, you won the MIP with Rakuten Travel’s Go To Travel project.

Yossy: Yes, the Go To Travel project was very difficult. The specification changed many times and the Go To Travel campaign was suspended in the middle of the project, so I had to deal with that.

Yumi: In your opinion, what do you think was the reason you won MIP?

Yossy: When I was managing multiple projects, I consolidated the following as the modifications to the same module sometimes overlapped and the order of QA and release was frequently switched depending on the status of each project.

For the Go To Travel project in particular, I had to respond quickly to the frequent changes in the system, which was quite a headache while working in parallel with other projects.

However, when I was thinking about how to provide the service to users “quickly” and “without problems”, I kept in mind Rakuten’s brand concept of “Get Things Done” and especially “Sense of Ownership”. This enabled me to launch the service in a very safe way, which I think was a big reason of my winning.

Yumi: How do you think you have grown through this project?

Yossy: By making these adjustments, I was able to run several projects on the same module at the same time, and provide new features and services to users and hotels more quickly.

Yumi: It takes a lot of adjustments to keep projects running concurrently! Is there anything you would like to challenge at Rakuten in the future?

Yossy: Since there were still many adjustments that needed to be made by hand in this project, I would like to improve the environment, including automation, so that multiple developments can be done in parallel more efficiently.

I would also like to consider and implement measures to improve the speed, quality and maintainability of the development itself, including test automation.

Yumi: Thank you, and I wish you the best of success! 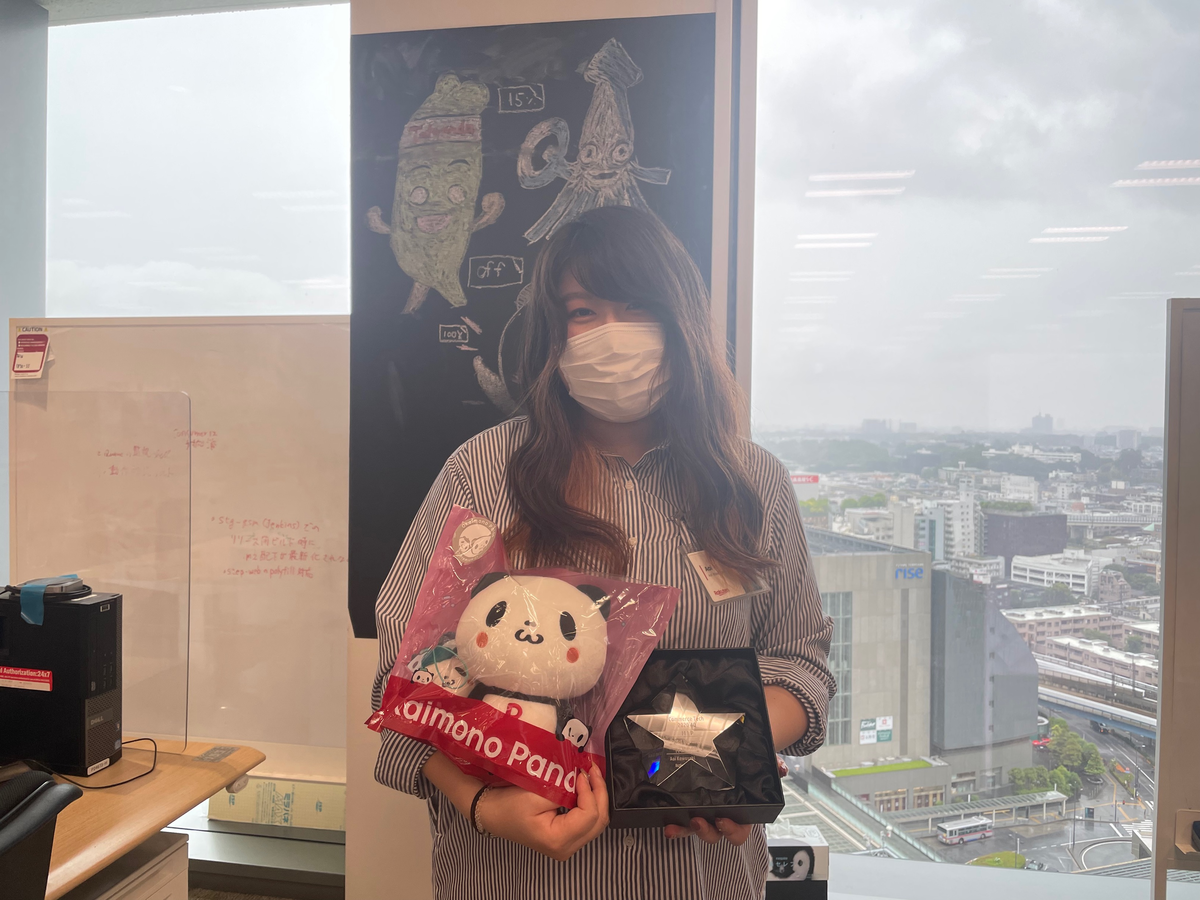 Yumi: Nice to meet you. First of all, congratulations on winning the first MIP.

Yumi: Could you start by telling us about your career at Rakuten?

After that, I developed and operated services as an application engineer leader and producer for about a year and a half, and then was transferred to my current department, EC First Party Development Department, as a start-up member of a new service.

There, I experienced the start-up, launch and operation of Rakuten Seiyu Netsuper. After serving as an assistant manager, I am now the vice manager of the group in charge of the development and operation of the service.

Yumi: This was the first MIP award for Commerce Tech. What do you think was the reason you received the award?

I myself had never experienced a large-scale project that took more than a year to complete, so I feel I could not have accomplished this without the help from everyone in the related departments. Since there were many people involved in the project, and from different organizations and backgrounds, I was conscious of clarifying milestones and recovery plans and communicating them in detail to the participating members, which I think is a natural thing to do from the perspective of project management.

Yumi: You succeeded in the launch of a new warehouse! Wow!

I’m sure there was a lot of pressure since it is a business Rakuten is focusing on. Is there anything you would like to challenge at Rakuten in the future?

Aoi: As for myself, I often take on the position of PJM among producers, so I would like to improve my skills not only as a PJM but also as a PDM.

Focusing on how I can enhance the web service and get more users to use it, I would like for both myself and the service to grow more.

Currently, Rakuten Seiyu Netsuper is one of the services for which user needs are increasing.

However, the delivery area is limited and delivery capacity can still be expanded.

So, I will work with Seiyu to optimize the system, operations and resources, and do my best to deliver good products at better prices to users all over Japan with this service!

Yumi: Thank you! I wish you the best of success!

This time, I interviewed the winners of the first MIP award.

Both were passionate about their work, and I could feel their strong will for what they did to make their services better.