Hello, this is Sakadai from R-Hack editorial office. Today, I would like to interview K-san, who is the General Manager of the EC Logistics Development Department. Please enjoy! 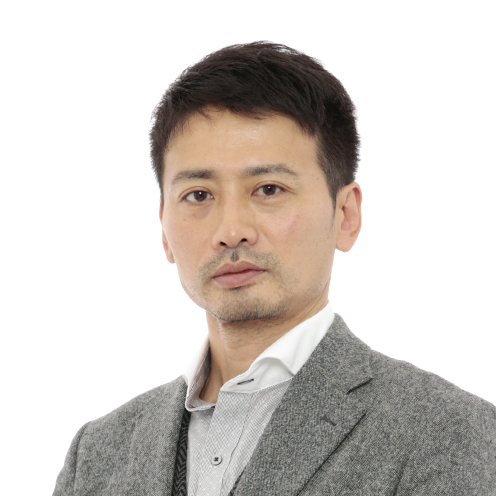 Sakadai  Thank you for taking the time for this interview today!

K  Thank you for having me.

No hesitation in joining Rakuten

Sakadai  First, please tell us how you joined Rakuten.

K  I used to be an IT consultant and in fact, I was stationed at Rakuten from 2005.

I developed the Order API for the Rakuten Ichiba service back then. APIs are common now, but in those days, nobody knew about web services. So, it was very difficult to develop the API with very little literature.

Once I was finished with the Order API, I also developed the Payment API for Rakuten Ichiba. Another company’s system was being used until then, but we developed a new one. It’s a fond memory!

Just when all the projects were finished and I was wondering what to do next, a colleague asked me if I would like to join him in making the Taiwan Rakuten Ichiba service. That’s when I joined Rakuten.

Sakadai  What was the first project you were involved in after joining Rakuten?

K I officially joined Rakuten as an employee in January 2008.

After joining, I was in charge of all Taiwan Rakuten Ichiba projects as the project leader and released the service in just 5 months.

We didn’t even have a set of requirements for Taiwan Rakuten Ichiba at first. It was just decided that we will make Taiwan Rakuten Ichiba, open the store management system in April and start the service including the search function in May! All the functions were to be released at that time.

I knew that wasn’t good, so I decided on the requirements with the business manager, set the project schedule for each task all over again and managed to create a plan for the release.

All the members worked hard to make it to the service release. Just when I thought I could breathe a sigh of relief, my supervisor in the development department at the time asked me if I would go to Taiwan. In fact, I went straight to Taiwan for a month from there. 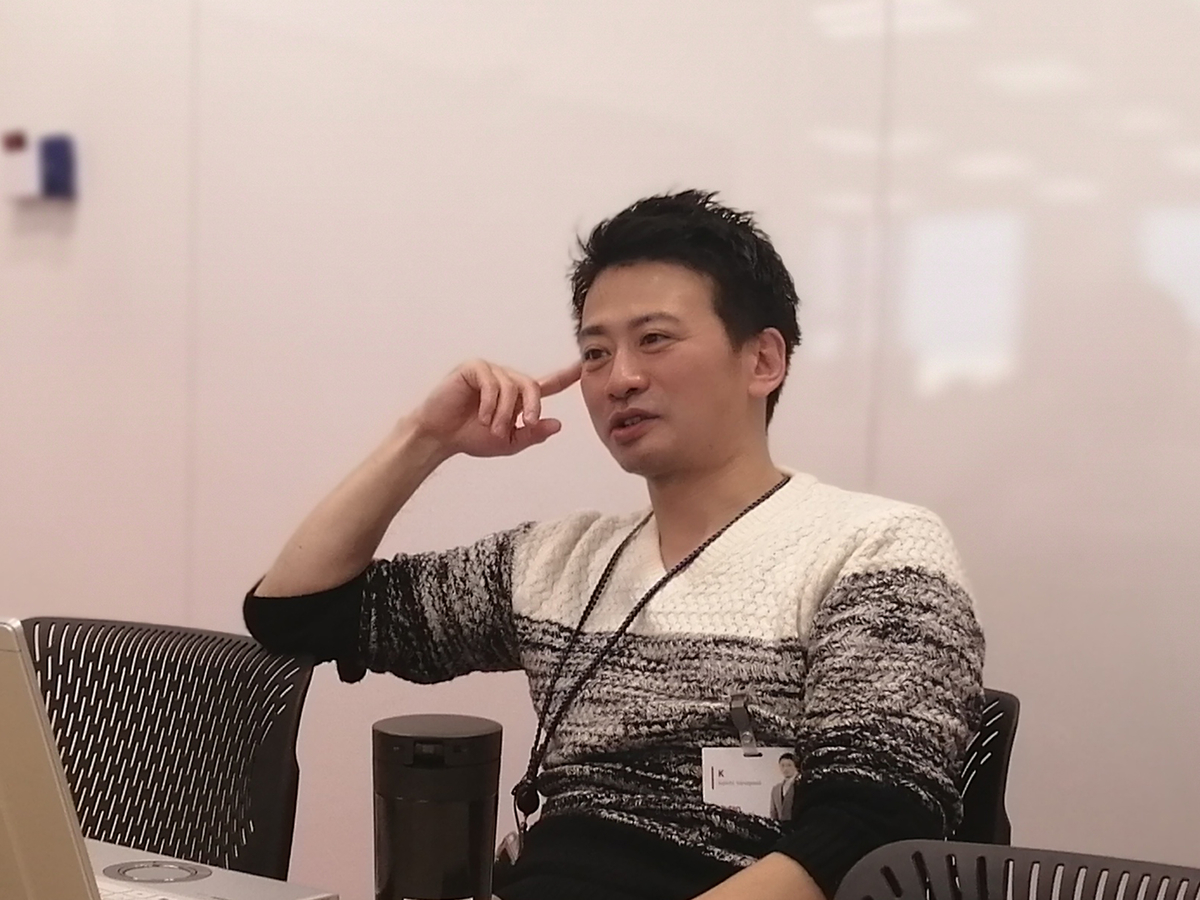 Going straight to Taiwan instead of going home

My supervisor was sure that some problems would occur after the release, so he wanted me to be in Taiwan to deal with them. That’s true, but he told me at a time like, “Why are you saying this now!?”

Many problems actually did occur after the release, so it was good that I went to Taiwan, but I missed my bed at home.

Working in both business and development after returning to Japan

Sakadai  What kind of projects were you in charge of after returning from Taiwan?

K When I came back from Taiwan, I had a post in both business and development. First, I would create a business plan by myself, then decide on the specifications of the functions by myself, then design and develop them according to the specifications. I worked together with my team members to release a variety of functions, focusing especially on speed.

In 2009, I also took on an additional project to completely revamp the back-office side of Rakuten Ichiba. I oversaw Rakuten Books in 2011, and in 2013, I was put in charge of logistics which I continue to be in charge of now.

The fact that Rakuten didn’t have this would affect delivery status related initiatives and our future business plans, so we rushed to implement this system first.

Now, more than half of Rakuten Super Logistics’ customers are using the system we implemented. We are currently working with tenants to roll out the system for its successor. 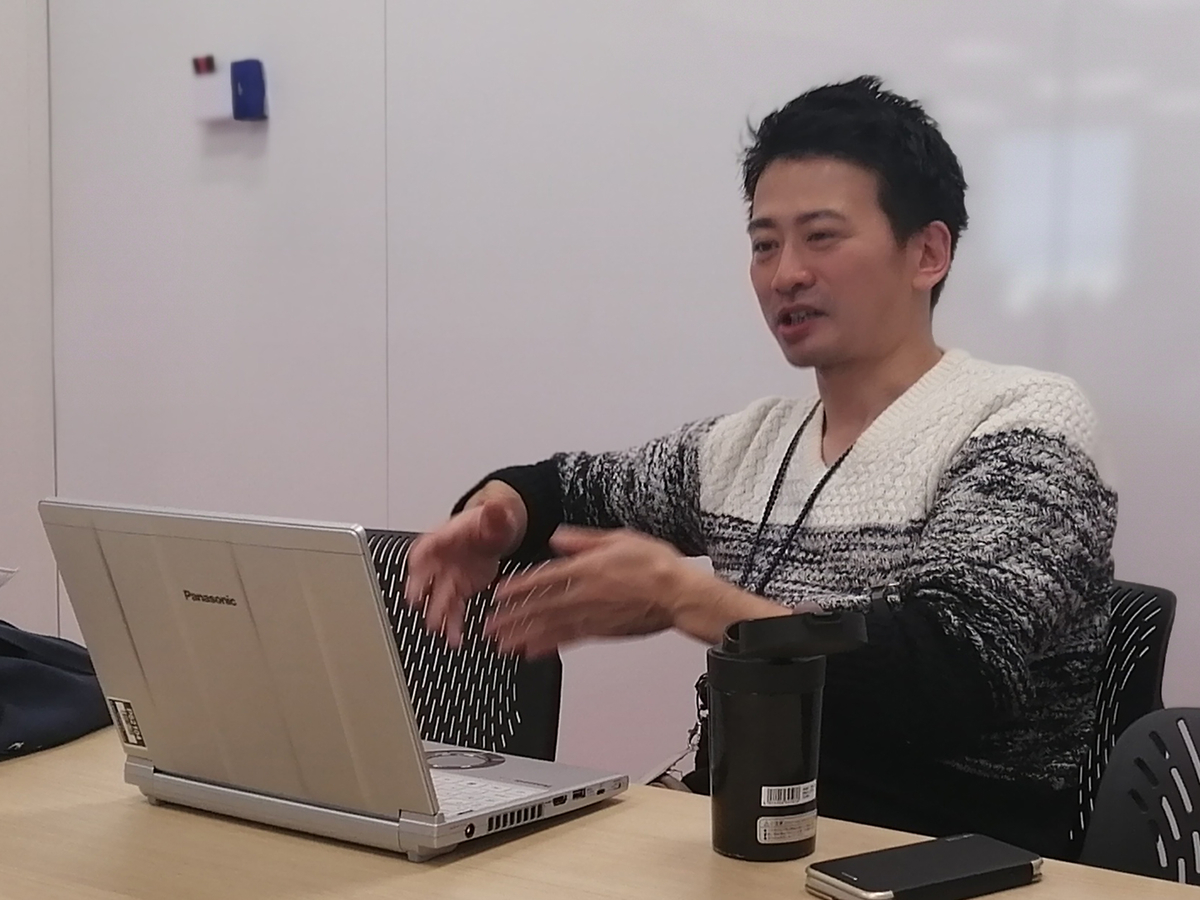 After that, I began to restructure the department.

In 2014, there were only 3 employees in my department.
Since we outsourced the system, I gradually increased the number of employees and switched to in-house production when the number of people was enough.
At the time, feature releases were also outsourced, so when the time came for an employee member to do a release for the first time, I remember laughing because the employee member came up to me asking for advice on how to do the release because he did not know how to do it. 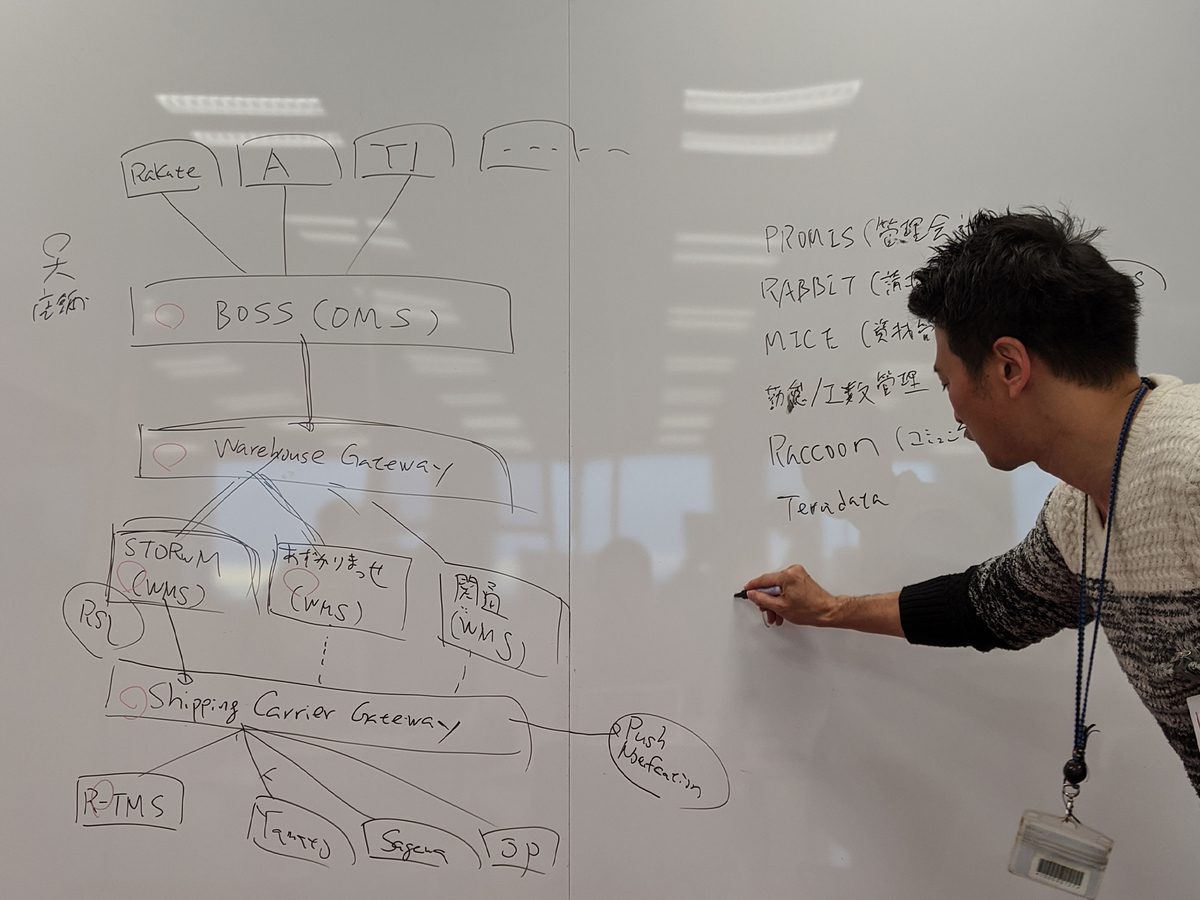 Sakadai  Please tell us about the Logistics Development Department.

K The Logistics Development Department currently is a big organization with a total of more than 250 members (including regular and non-regular employees).

Our department has members of more than 30 different nationalities, with English, Chinese, and Japanese buzzing all over the place.
For this reason, our common language is off course English. Group meetings and documents are in English so that everyone can communicate with each other. We have a rich variety of members, many with international backgrounds. I’d like to introduce them all if I could!
Many of our members are young; the average age is early 30s and the ratio of men to women is about 9:1.

Products that support the logistics system

Sakadai  What kind of systems does the Logistics Development Department operate and develop?

These are our 3 main products.

The diagram (in photo) shows the overview, each of them having the following roles.

This system gets order data from Rakuten and other companies which it is connected to and manages the data.

This system supports warehouse operations. It is used for receiving and shipping operations.

This system decides on the dispatch plan, calculating what order of delivery is more efficient for Rakuten EXPRESS or Japan Post, and manages route planning.

We also manage not only software but warehouses so we also develop and operate hardware. For example, we create the warehouse network. We create this ourselves instead of using another department. To be specific, the Logistics Hardware Group is in charge of this. I don’t think other departments have a group like this. They design the network within the warehouse themselves and create it together with a partner company.

The locations of package shelves and access points and such require detailed customization because work is done manually. If there are blind spots where radio waves cannot reach, they will fine-tune the locations. They are always looking for ways to improve the network environment.

For our system to be used in all Rakuten Ichiba deliveries

As for development, we plan to use technology to improve operation.
We have already started working on a new initiative using data and plan to expand this. I don’t have much information I can disclose yet, but we are working very hard to build a new system that has never been seen before, using machine learning and other methods. 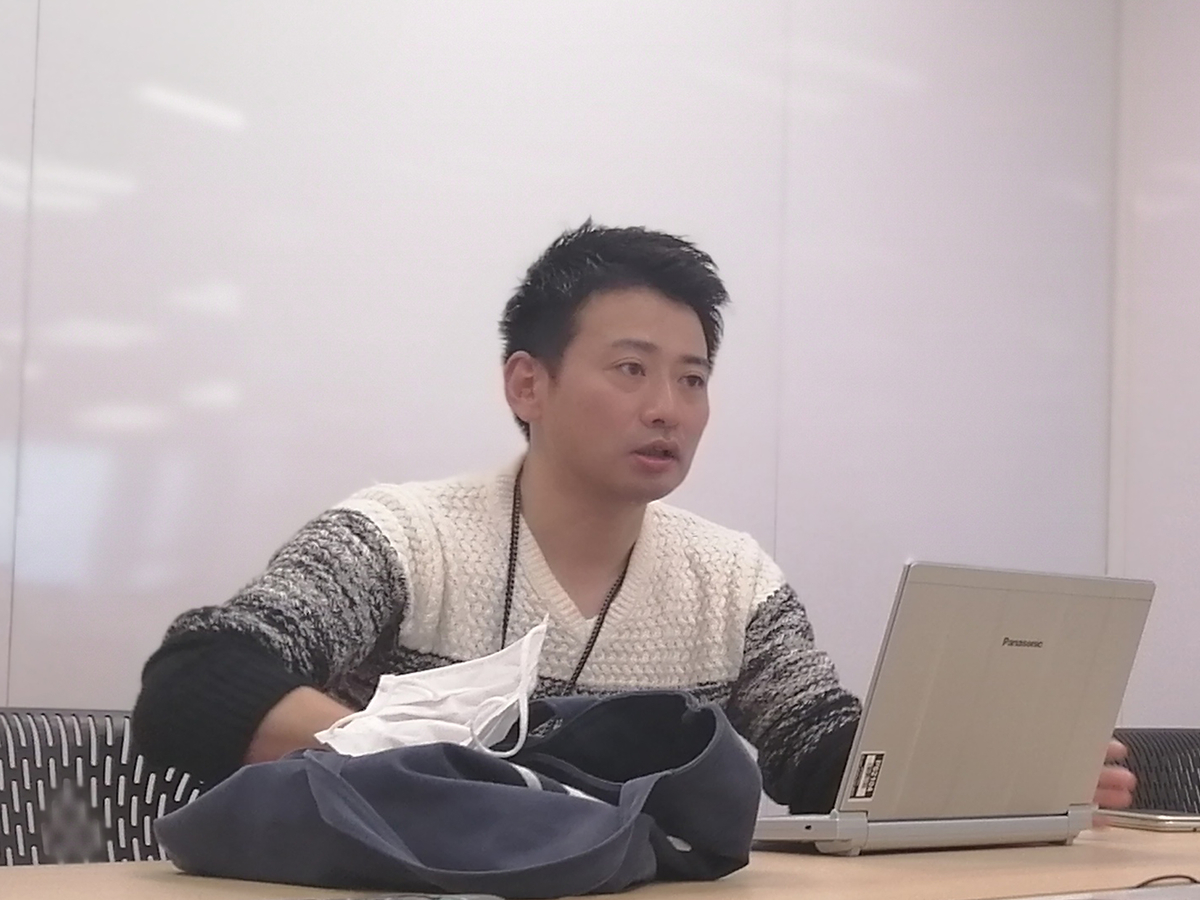 Sakadai  Finally, please tell us what kind of people the Logistics Development Department is looking for.

K  Some of the work at the Logistics Development Department is still very low-profile, so we are looking for someone who can work flexibly. There are many opportunities for you to grow here, so if you want to challenge yourself, please come work with us. I look forward to seeing you!

This time we interviewed K-san, the General Manager of the EC Logistics Development Department.

He told us many stories about the past, present and future in a way we could easily understand and find interesting. Thank you K-san.

In this series, I would like to interview the head of each department and showcase the appeal of each. Stay tuned for the next post!