トップ > Rakuten Crimson House > Good-bye, Cash!? How is the cashless at Rakuten office like?

Cashless payment has become more and more popular these days – are you a cashless person now?

We (Rakuten employees) think it is our mission to be cashless users ourselves first, to advertise the cashless service to the world!

So of course, Rakuten Crimson House is a cashless environment!

Maybe the first thing for newcomers of Rakuten to do is to install “Rakuten Pay” into their smartphones. There are some employees who usually do not use cash almost at all, and even some people come to the office without wallet!

There are a few vending machines that can accept cash in the guest area so visitors (attendees of seminars etc.) can use, but employees - doing cashless.

Please see this photo: no slots for cash. 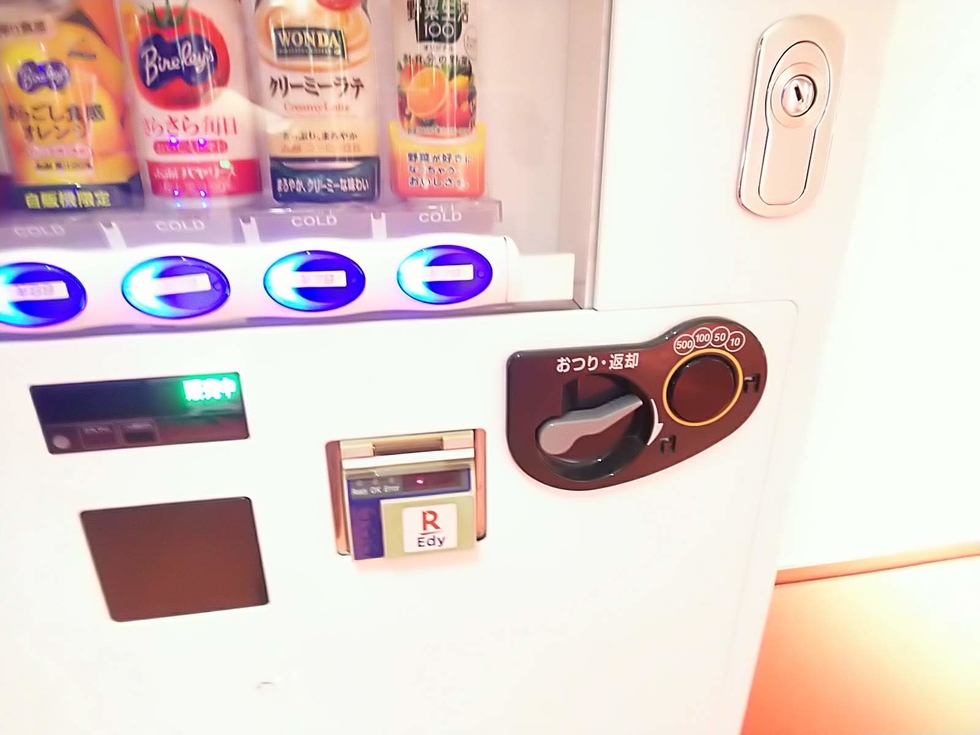 A green tea in a pet bottle (89 yen – cheap!) can be purchased by cards or smartphones very smoothly. The prices of vending machine products can be set by 1-yen unit which is a benefit of the cashless payments.  It’s a good saving!

At Rakuten Café and Rakuten Stores payments can be of course accepted by non-cash only. 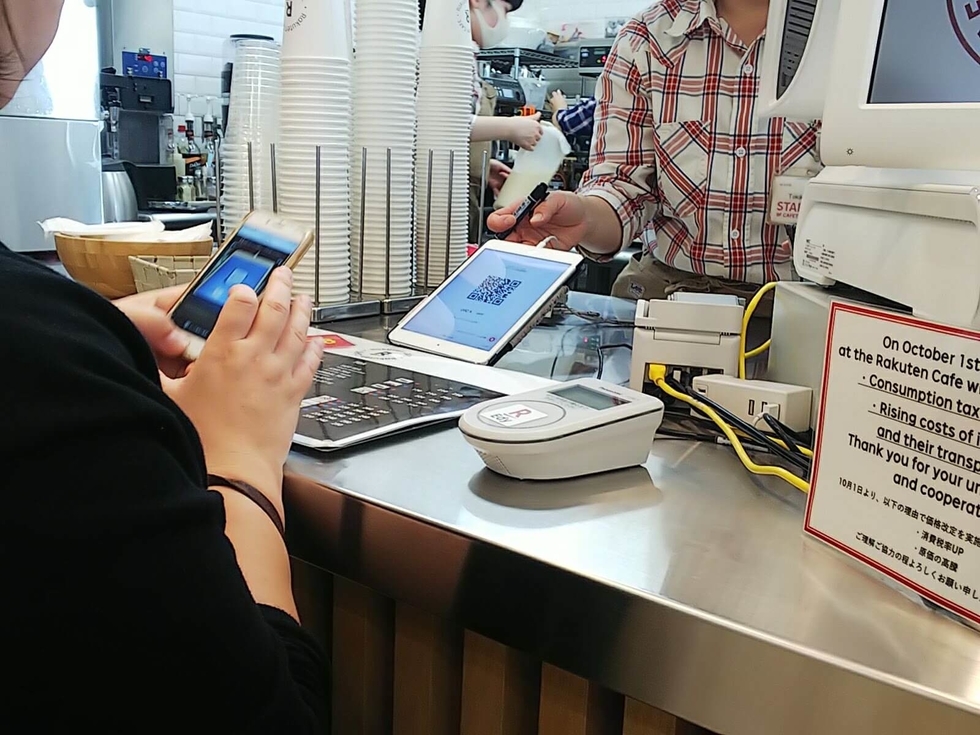 Less waiting time in a queue for payment counter as we do not need to exchange coins for change.

You can always use this Edy Charger in Rakuten Café / Rakuten Store.  A relief for Edy users. 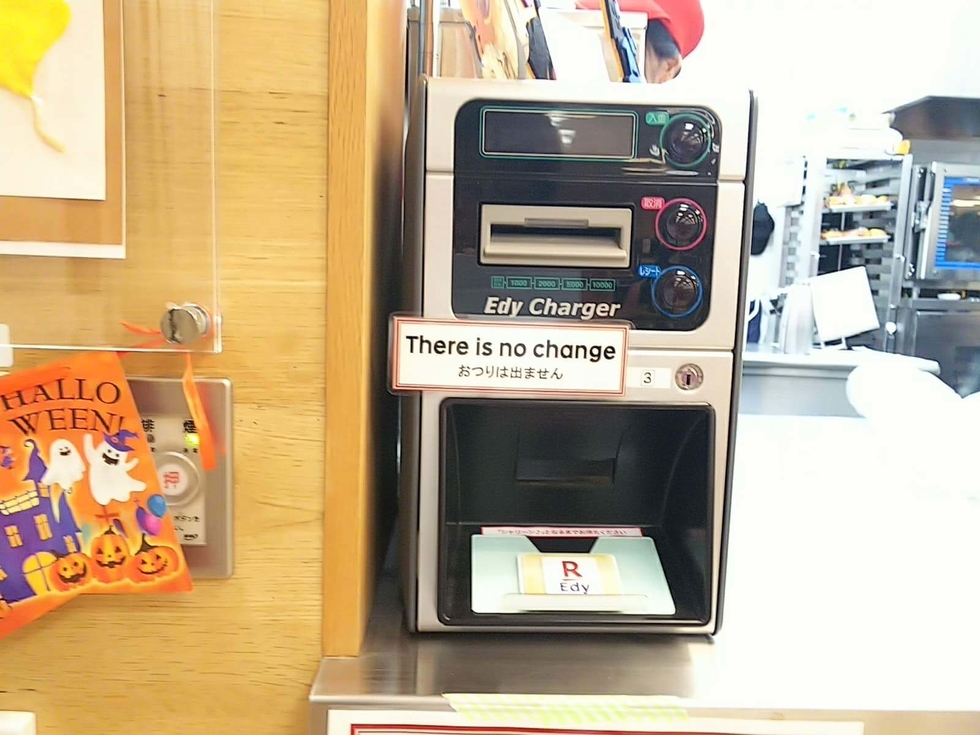 And not just our office but as a mission for the whole Rakuten Group, the baseball stadium for Tohoku Rakuten Eagles “Rakuten Seimei Park Miyagi”, and “Noevir Stadium Kobe” for Vissel Kobe have become completely cashless places since 2019.  Foods & beverages or team goods can be purchased by cashless tools only in those stadiums.

Our cashless efforts are not just for shopping!

Donations to the Atago Shrine (Minato-ku, Tokyo) can be done by Rakuten Edy!

They have an additional Saisen (donation) box for Edy payments next to the normal Saisen box.  You can input the amount you wish to donate by using the numeric keypad & just pay by Rakuten Edy.

You can set your favorite amount to pay, such as “88” which is known as a lucky number in Japan (“88” – is linked with “∞” the infinite, people think it is a symbol of fortune where things spread without end).

Atago shrine is located in the place where Rakuten launched its business, and thought to be a god for business prosperity. Executive officers of Rakuten make a courtesy visit to this shrine to praying hence it has a close relationship with Rakuten.

There are a lot of merits in cashless payment but we still see some people who are not comfortable to be without cash in their wallet, so Japan is said to be behind the global trend of going cashless.

However, it might be very soon that we naturally pay by cashless ways and take it granted for doing so, where we might utilize cashless payments more easily and at more occasions with much more convenience.

For your information – Rakuten Pay application is participating in the government’s “Cashless / Reimbursement to consumers” project.  You will be able to receive pay-back by using the cashless ways, why not try now?