This time, we would like to introduce the “Entrance” of the second floor at the Rakuten Crimson House.

Rakuten Crimson House was developed through discussions between Rakuten Creative Director Kashiwa Sato and our Representative Director Chairman President and CEO Mikitani, and the design is unified as simple and comfortable one.

Of course, entrance is ordinally representative of the company, it should be very important place to make a first impression for the visitors to Rakuten.

Do you think there is only the reception? No! We will introduce you the entrance on the second floor which shows both Rakuten history and the latest information!

The entrance, which is for information and promotion

When you enter the entrance, you can see a big Rakuten logo and huge digital signage! Is says the Rakuten latest news such as current Rakuten sale information and the top selling ranking of Rakuten Ichiba. 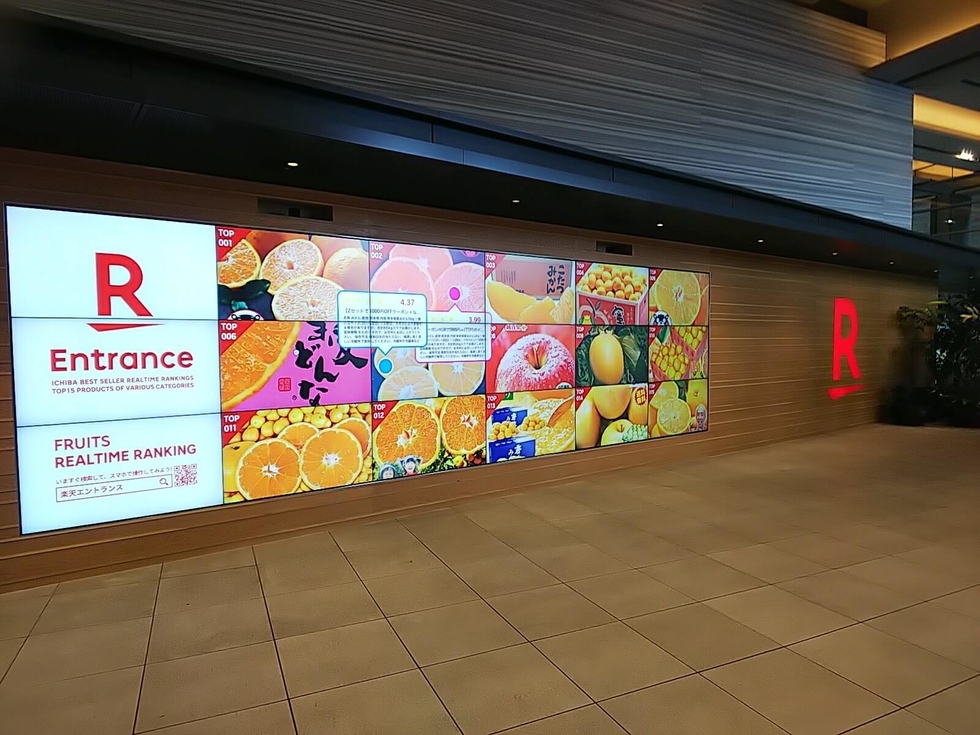 The spacious entrance lobby is for visitors, so we can have small meetings there. Moreover, the tables and chairs, which is set here, are chosen from the stores of Rakuten Ichiba! They are simple and practical. 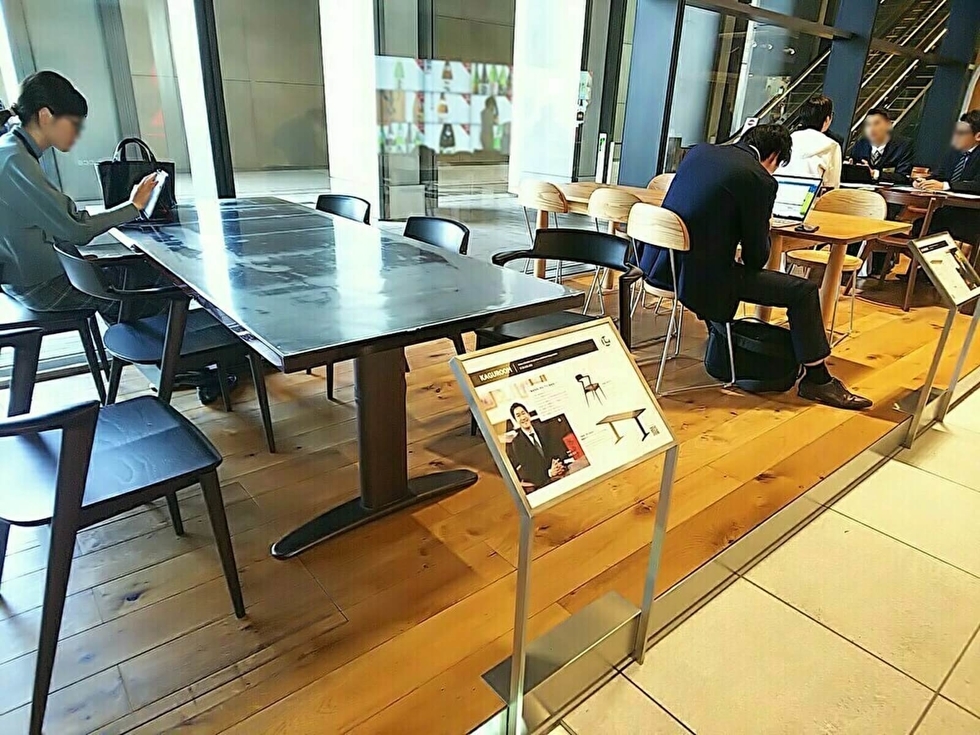 In the front of the employee entrance gate, they have tables and chairs too. Also, the first table on this side is used by founding members in 1997 when Rakuten is established. I think we can get inspired when we have meetings there! 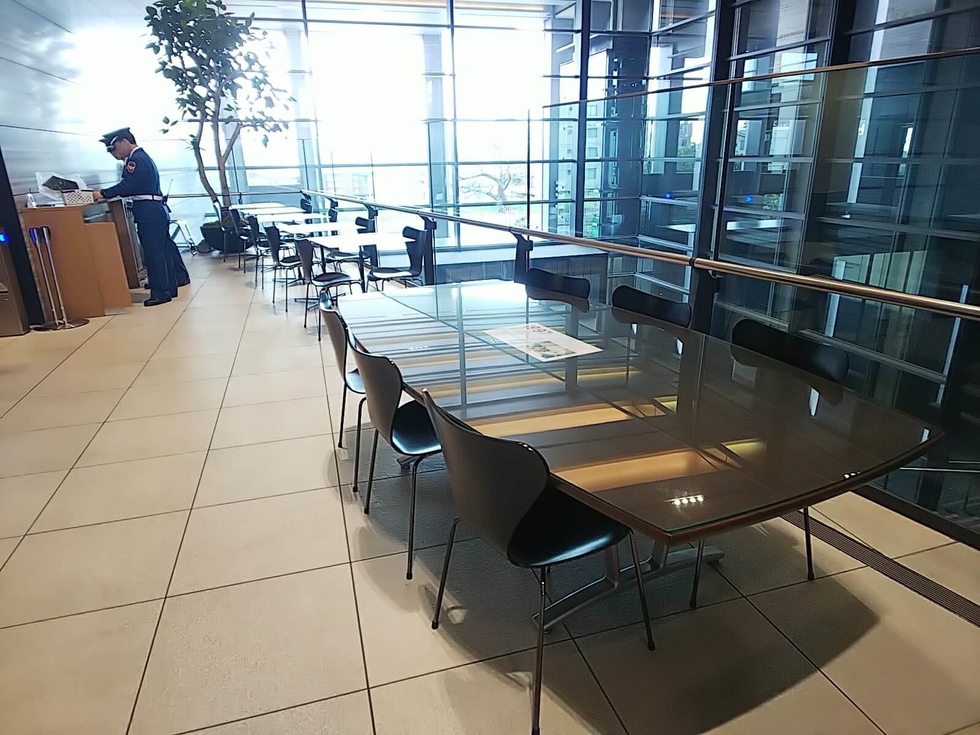 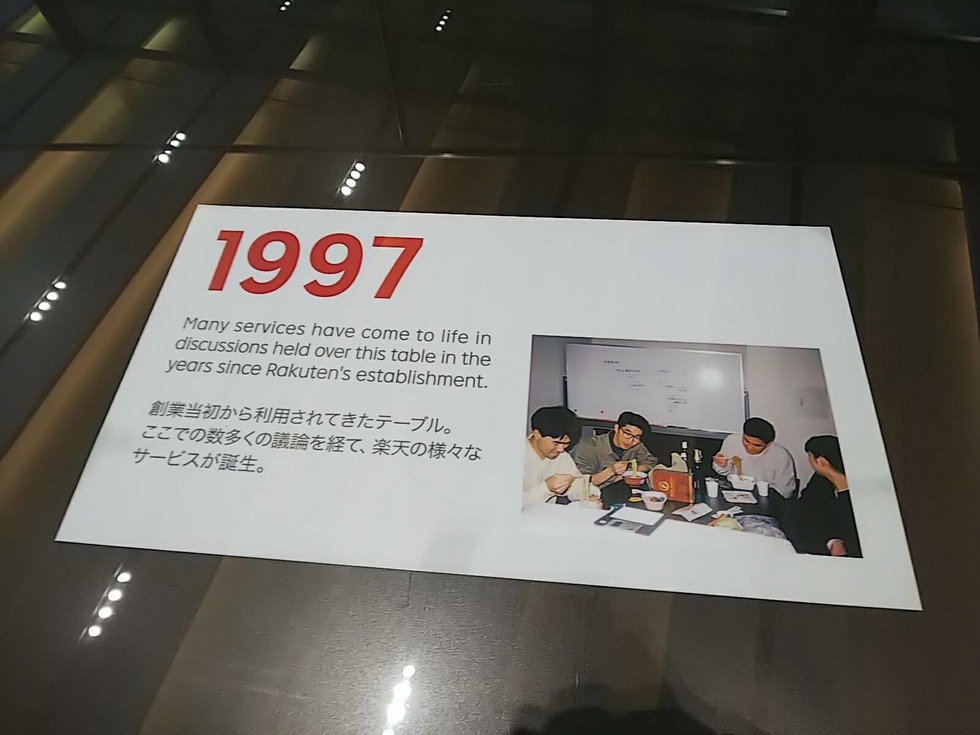 I guess it is easy to imagine that there is a reception desk and receptionists take care, but Rakuten reception is like this! 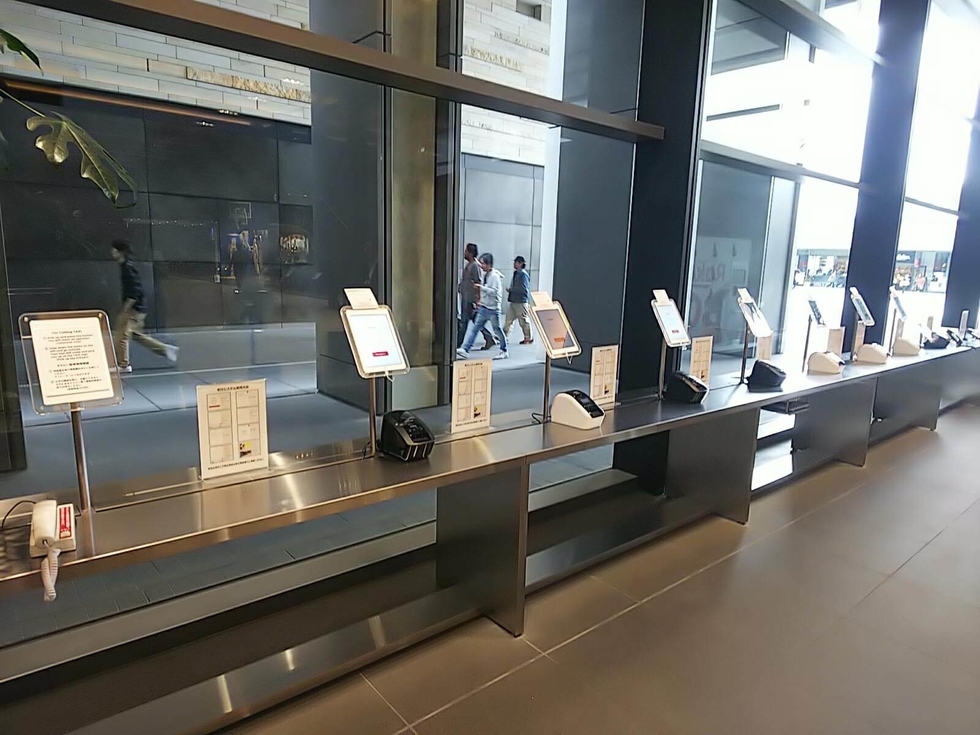 Nobody!! You can input on the tablet, the information of visit purpose and the person in charge, then it notices him/her in charge. You can check-in smoothly!

They have Rakuten Box nearby too.

The Box, which is the Receive-Only delivery box, allow the employees to get their parcels purchased at Rakuten Ichiba. Employees who can’t receive them due to their work get them from the Box. So, you don’t need to call the carrier to ask for redelivery. 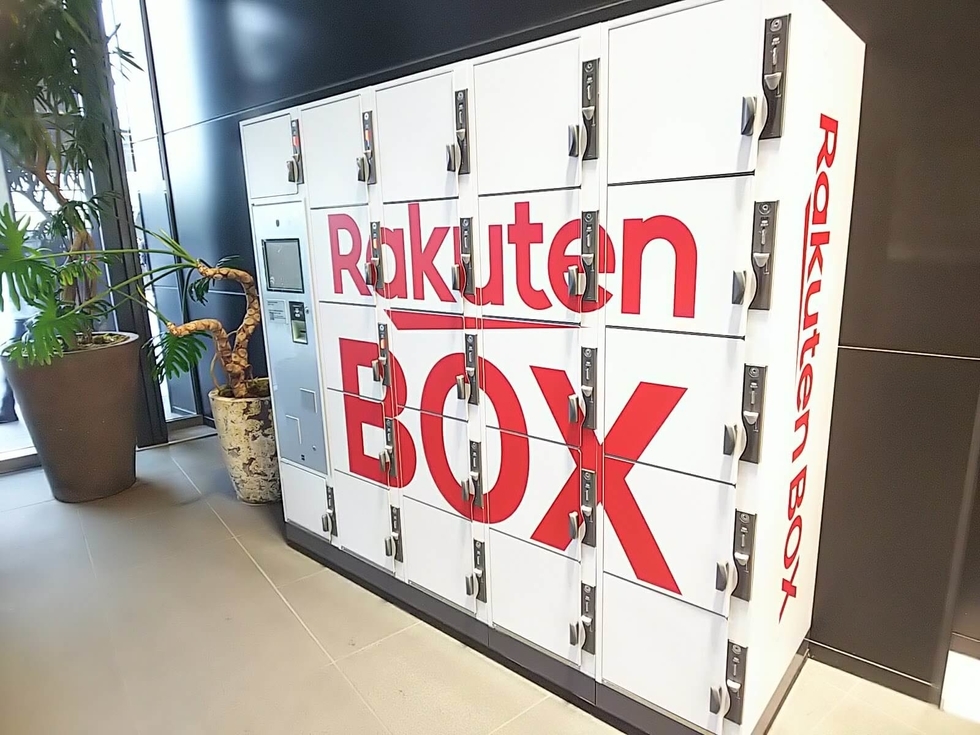 By the way, here is “Rakuten Museum”, it has exhibitions of Rakuten history and new approach.

This is the exhibition for Rakuten history.

You can see the all history at once: the founding of Rakuten, Rakuten Super Points program, Rakuten Card Man, Tohoku Rakuten Golden Eagles, and Rakuten Mobile. 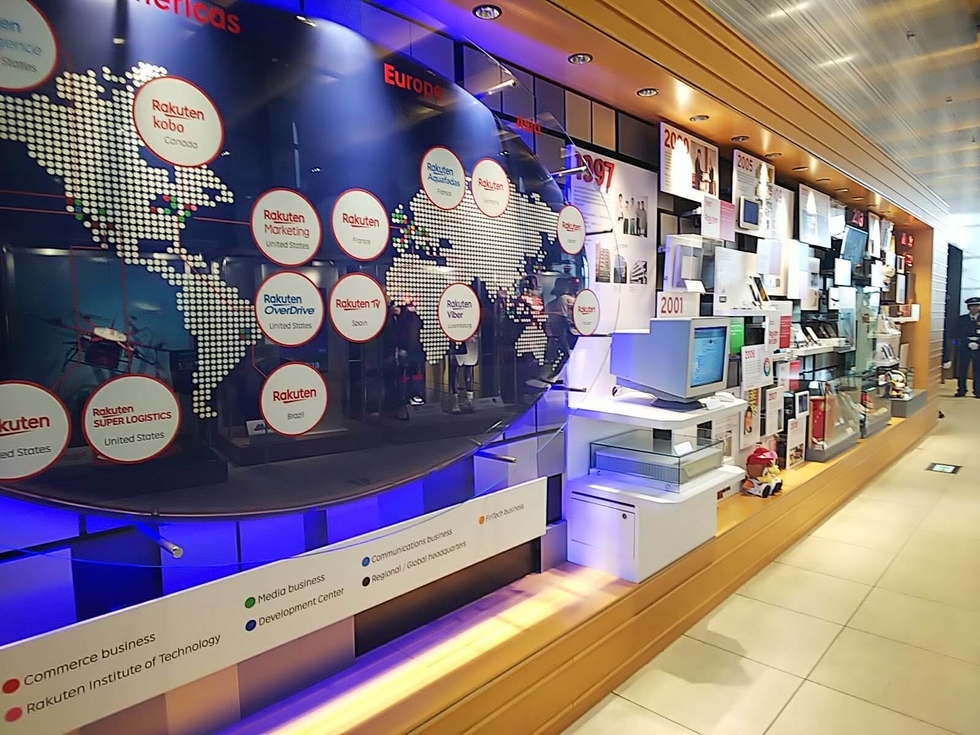 I was about to say “Nostalgic!” when I saw the rare computer. Personally, I’m so excited about this one! 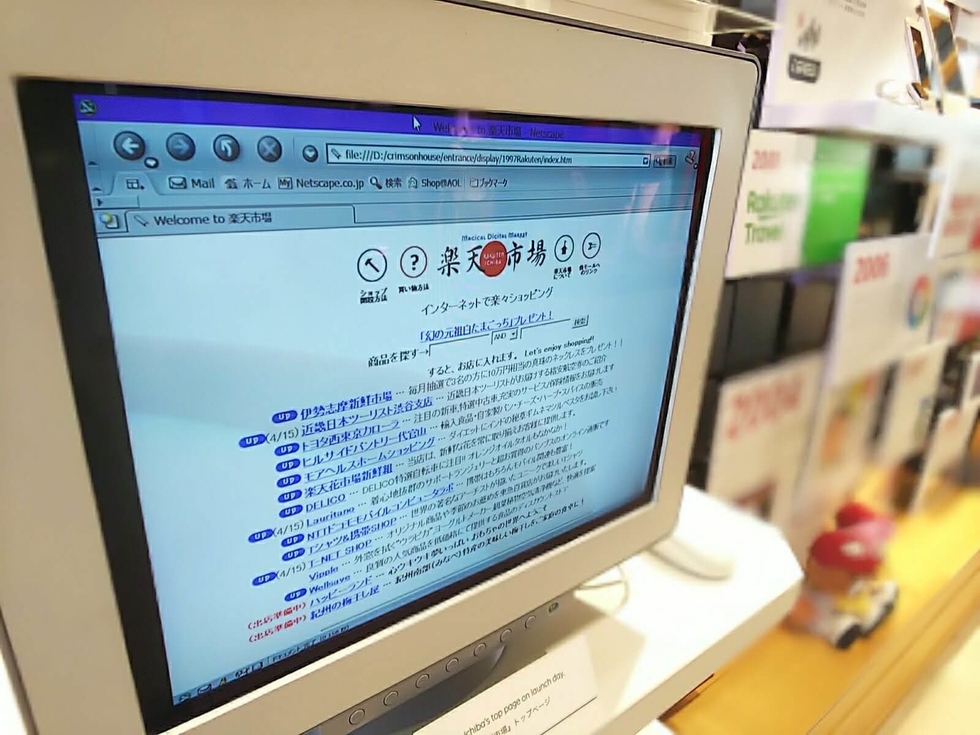 Here is a webpage when Rakuten Ichiba is founded! Also, browser and Netscape Navigator in which is representative of the beginning of the Internet era!

I didn’t expect I could see the original one again, so I was so excited! (Young people have never seen?)

This is “Rakuten Okaimono Panda” and “Small Panda” which are so popular and many people take photos with them. 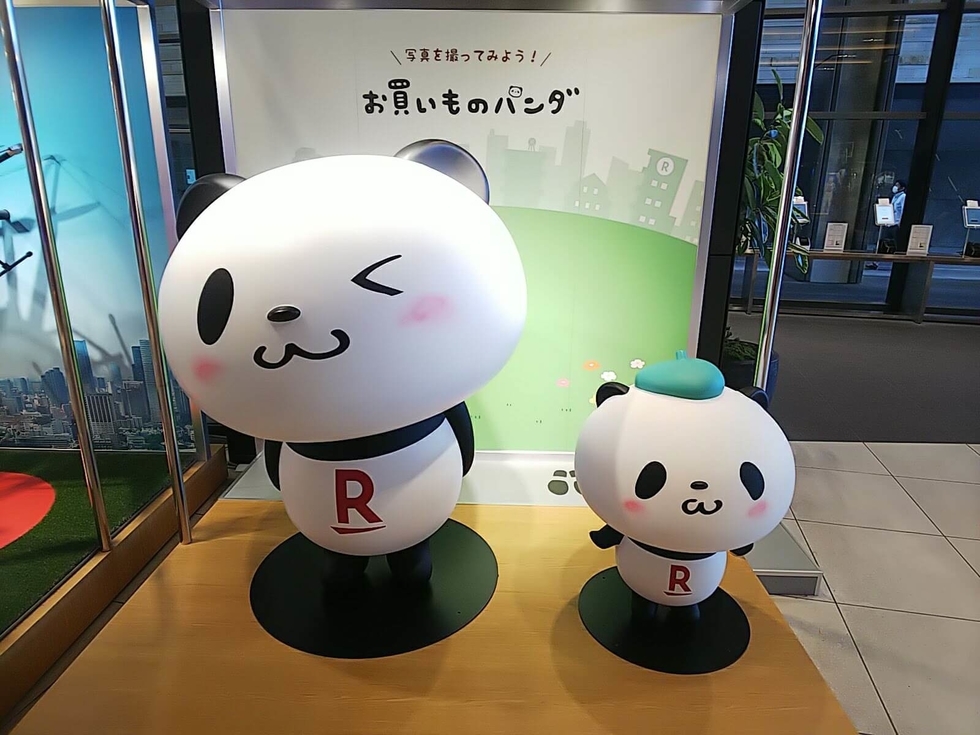 This is a real multicopter drone “Tenku” which was developed in a joint effort by Rakuten and “自立制御システム研究所 ACSL”. We usually don’t have opportunities to see that from a close distance, so I want you to see that! 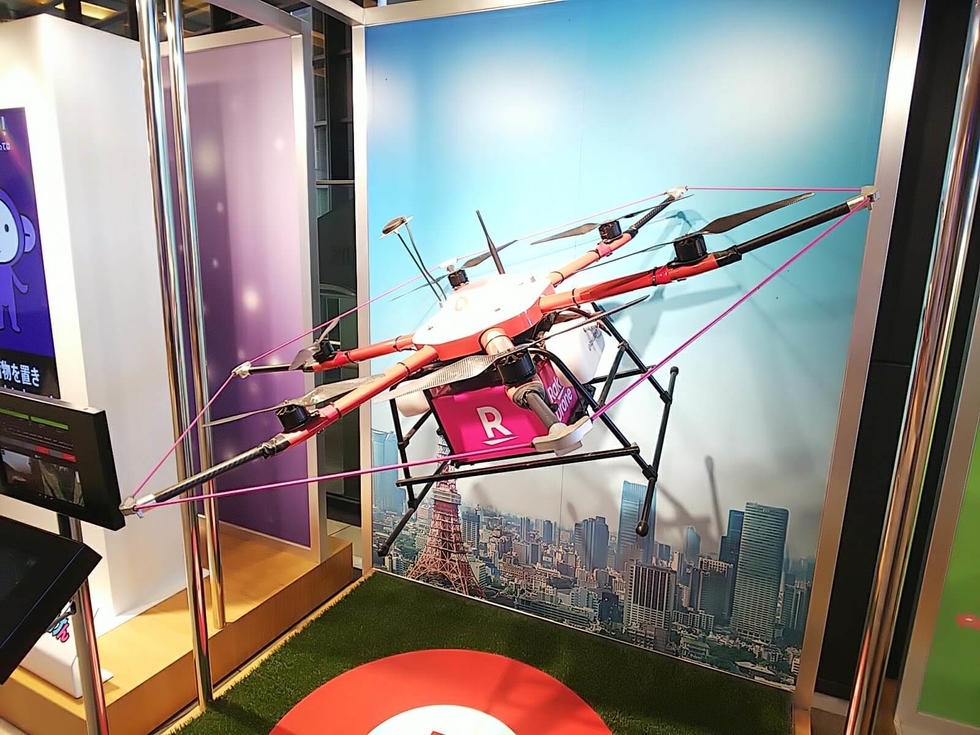 This is “Rock-Paper-Scissors AI machine” which is developed by Rakuten Institute of Technology.

The machine can read hand gestures and beat human challengers at a 99.9% winning ratio. We are waiting for challengers who is going to bet on that 0.1% possibility! 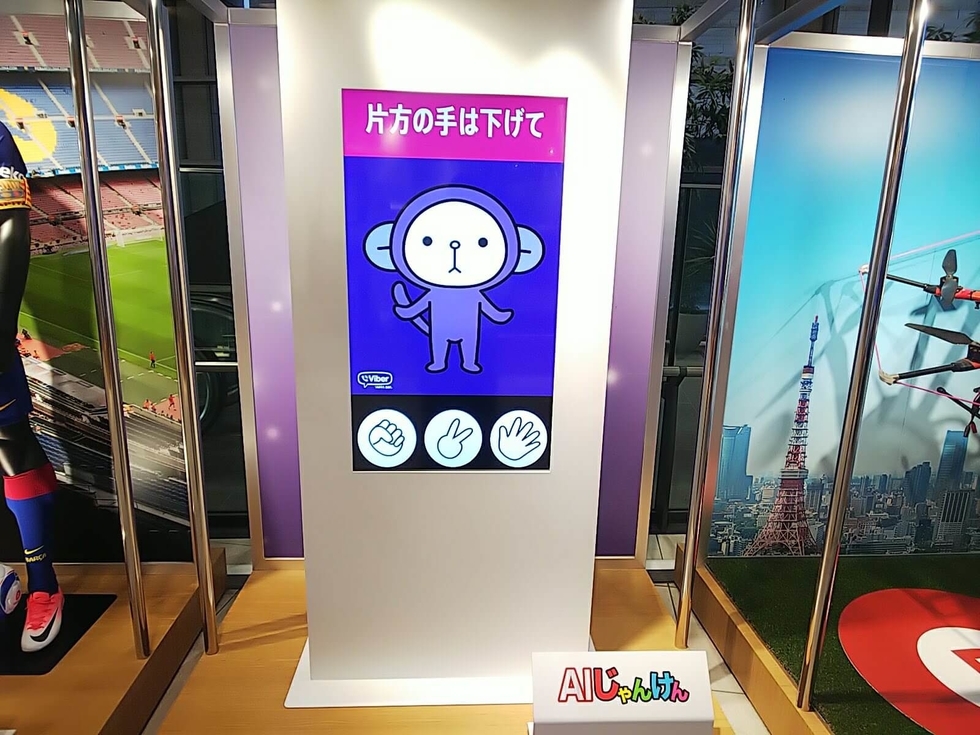 It doesn’t look like office? The specious entrance help us to have open communication.

The entrance is welcoming and specious to let as many people aware of Rakuten and Rakuten Services. I sometimes see children taking photos with Okaimono Panda and challenging the Rock-Paper-Scissors AI machine.

It expresses the concept of the Rakuten Crimson House, “An open workplace where people and ideas thrive.”

Please feel free to stop by the entrance when you come to Futako-Tamagawa!